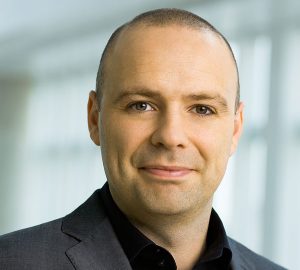 ITV has poached Julian Bellamy from Discovery and he will replace the outgoing Denise O’Donoghue as managing director of its content unit ITV Studios.

Bellamy is currently creative director and head of commissioning at Discovery Networks International and has been instrumental in the factual channel operators original programming drive.

At ITV he will succeed Denise O’Donoghue (pictured below). Her departure was announced last month.

ITV Studios managing director, Kevin Lygo, said: “Julian is an exceptional talent who combines outstanding creativity with excellent strategic leadership. He brings with him a wealth of experience and a fantastic track record of success in programming, production and business management. I look forward to welcoming him to ITV Studios later in the year.”

Bellamy said: “I have had a brilliant time at Discovery, but to run one of the UK’s most successful production operations is too rare an opportunity to pass up. Denise O’Donoghue has built a fantastic business and I look forward to helping Kevin build on that success.”

Prior to Discovery, Bellamy was at UK commercial broadcaster Channel 4 where he worked with Lygo and his programming credits included Undercover Boss and Big Fat Gypsy Wedding.

Before that he was channel controller at BBC youth-skewing digital channel BBC Three and Channel 4’s youth-skewed E4.

He will start in his new role at ITV Studios later this year.