US arts cable channel Ovation has returned from MIPTV having secured a programming deal for a British Royal family-themed series from UK-based distributor Content Media Corp. 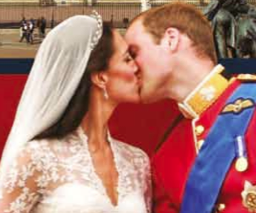 Ovation’s VP of acquisitions and coproductions, Michelle Zajic, told TBI the channel had acquired US debut rights to Content’s six-part Royal family-themed factual series The Royals, which comes from the UK’s Back2Back Productions.

It will air “as part of a weekend of Royal family coverage to coincide with the anniversary of Prince William and the Duchess of Cambridge”, she added.

Ovation has been a keen buyer of Royal family-themed programming, and last year picked up shows such as Princess Diana: Her Life in Jewels, William and Kate: A Modern Royal Romance and Bertie and Elizabeth.

Among other recent deals, Ovation secured US premiere rights to Susan Boyle: Her Secret Struggle, an ITV one-hour special from Firecracker Films about the trouble British singer as she embarks on her first performances with a live band, from Zodiak Rights. it debuted on Ovation on April 9.

Elsewhere, Ovation has acquired a pair of series from DRG featuring art critic Waldemar Januszczak, The Impressionists and Rococo. These will broadcast as part of the channel’s Morning Canvas block.