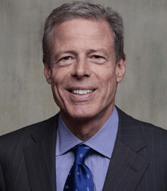 US media giant Time Warner is exerting greater control at Central and Eastern Europe-focussed broadcast group CME, and is set to increase its ownership stake further this month as a series of complex financial transactions play out.

Time Warner boss Jeff Bewkes has talked about the “interesting long-term opportunities” at CME and a rights offering currently underway will give the US firm a larger economic interest in the business. This will, if Time Warner exercises certain warrants, clear the way for it to increase its voting stock in the company above the current 49.6%.

The rights offering is part of a series of transactions commenced late last month that will raise US$545 million for CME. US$341.8 million of that will come from a rights offer, which will see notes issued that are redeemable in 2017.

US$400 million of the cash will be used to redeem and cancel existing notes, and the remaining US$145 million will be available for general corporate purposes.

As of last December, and prior to the rights offer, the company had reported consolidated debt of US$977.6 million.

The rights offering will allow shareholders to purchase notes and warrants, the latter of which that can be converted to voting shares in two years time. Time Warner will take 70% of the units issued under the terms of the rights offer and private placement.

As of December last year, Time Warner had an economic interest of about 65% in CME and 49.6% of the US-listed company’s voting stock.

After the completion of the rights deal later this month, its economic interest will increase to between 71.5% and 78.5%, with the exact proportion dependent upon the uptake of the rights offer from other qualifying shareholders.

The transactions follow last year’s appointments of Christoph Mainusch and Michael Del Nin as co-CEOs, replacing the long-serving Adrian Sarbu. Both executives have strong Time Warner connections, Mainusch having been consulting for its Turner Broadcasting International division and Del Nin serving as senior VP of international and corporate strategy at Time Warner before joining CME.

In the wake of dismal financial results last year, Del Nin said the level of performance at CME was “unacceptable” and under the new leadership wide-ranging management changes and job cuts have taken place. There has also been a review of operations with a view to divesting assets considered non-core.

As the financial transactions progress there have been several changes to the CME board with Warner Bros. France president Iris Knobloch and Time Warner’s senior VP, international and corporate strategy Doug Shapiro appointed. Turner International boss Gerhard Zeiler has also joined the board.

Looking ahead, the broadcaster’s future growth prospects largely depend on the level of resource and effort Time Warner plans to put commit.