Channel 5 is playing down a UK report claiming an agreement has been reached for Discovery and BSkyB to buy the UK broadcaster for £350 million (US$585.9 million). 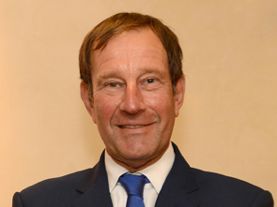 Broadcast Now yesterday reported a deal had been agreed in principle last week and was formalised on Monday (April 14). This would see pay TV giant take a 70% stake and UK paycaster Sky take the other 30%.

However, a spokeswoman for Northern & Shell, Channel 5’s owner, said: “We have a number of bids as expected, which we will evaluate with our advisors over the next few days. Certainly no deal has been done.”

The statement contradicts the general consensus among market watchers at MIPTV last week, a number of whom told TBI Discovery and Sky’s bid was the standout offer and set to be taken forward by Channel 5’s owner Richard Desmond (pictured).

Northern & Shell, which acquired Channel 5 for £103.5 million (US$219 million) in 2010, put the broadcaster on the block earlier this year. Numerous media firms such as Kerry Stokes of Australia’s Network Seven, Viacom, BT and Time Warner were thought to be interested in a deal, but the joint Sky-Discovery bid has been considered the frontrunner from an early stage.

Discovery hadn’t responded to a request for comment at press time, while Sky does not comment on what it described as “M&A speculation”.