Denise O’Donoghue is leaving her role as managing director of ITV Studios UK. 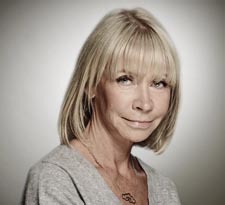 The former Hat Trick managing director has been in her current role for more than four years, but has decided to step down. This leaves ITV Studios’ British division needing a replacement and the company said a successor would be named in “due course”.

“After 30 years in television, I have decided to scale back my working commitments and will leave my role as MD of ITV Studios UK at the end of this year,” O’Donoghue said.

“I have absolutely loved my time at ITVS and it has been terrific to play a part in the enormous change in ITV’s fortunes. ITV Studios has undergone significant change in its profile, confidence and output, which has enabled us to retain and attract exceptionally talented people.

“We have added to this with a few judicious and brilliant acquisitions, testimony that ITV Studios is a great place to work – and this from someone who thought she could not be an employee. Indeed, I look forward to continuing to help steer ITVS in its next phase, remaining as a member of the ITVS board after I have stepped down from my current role.”

ITVS UK is the largest commercial production company in the UK and is behind hits such as daily food format Come Dine with Me, dramas Mr Selfridge and Vera and entertainment shows Big Star’s Little Star and Saturday Night Takeaway.

O’Donoghue’s appointment in November 2010 was considered a key part of ITV CEO Adam Crozier’s so-called ‘five-year transformation plan’, with the chief exec saying at the time she had been hired as the UK business needed “creative renewal”.

“A key part of our strategy is to build a strong international content business, creating more of our own programmes which are successful here in the UK and internationally,” said ITV Studios’ managing director Kevin Lygo today. “Denise has played a crucial role in rebuilding the UK production business by bringing in and managing brilliant creative talent, which in turn has resulted in the development of a strong and healthy content pipeline.

“I’d like to thank Denise for her fantastic contribution to ITV and I am delighted that she will continue to remain an important part of ITVS in the future.”