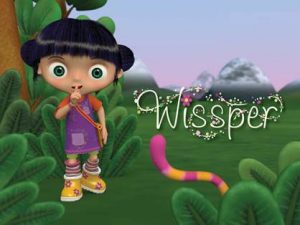 The animated series will follow Wissper, a quirky girl who can speak to animals and ends up helping them with their problems.

Absolutely Cuckoo, the studio that counts preschool hit Waybuloo among its credits, is making the 52x7mins series and will deliver it to Channel 5 next year. The broadcaster will air it in its preschool strand, Milkshake!

Jessica Symons, head of children’s at Channel 5 ordered the show.