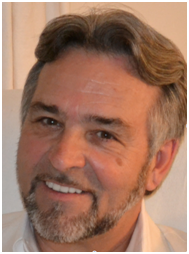 Rodrigue (left), who is now CEO of The Formats People, will work with Star and media communications expert MJ Sorenson to work on international formats.

“We are delighted to collaborate with Michel, whose extensive international formats and programming expertise will propel us to the next level in the worldwide television industry. We are also pleased that MJ, whose media knowledge and connections, will join Michel to ensure Star China’s top-rated programming is represented in the media at the highest level,” said Vivian Yin, Star China’s chief representative.

Rodrigue said Star China had “rightly earned a reputation as one of the premier format producers, launching the immensely successful program this year – Sing My Song – the first Chinese original entertainment format to go out to the international marketplace”.

Rodrigue and Yin will be at MIPTV next week, with a “major programme announcement” scheduled.

Star China is active in production, broadcasting, filmmaking, artist management, music and concert production. Its majority shareholder, China Media Capital, acquired the 47% of the business it didn’t already own from 20th Century Fox to become the sole owner of Star China Media in January.