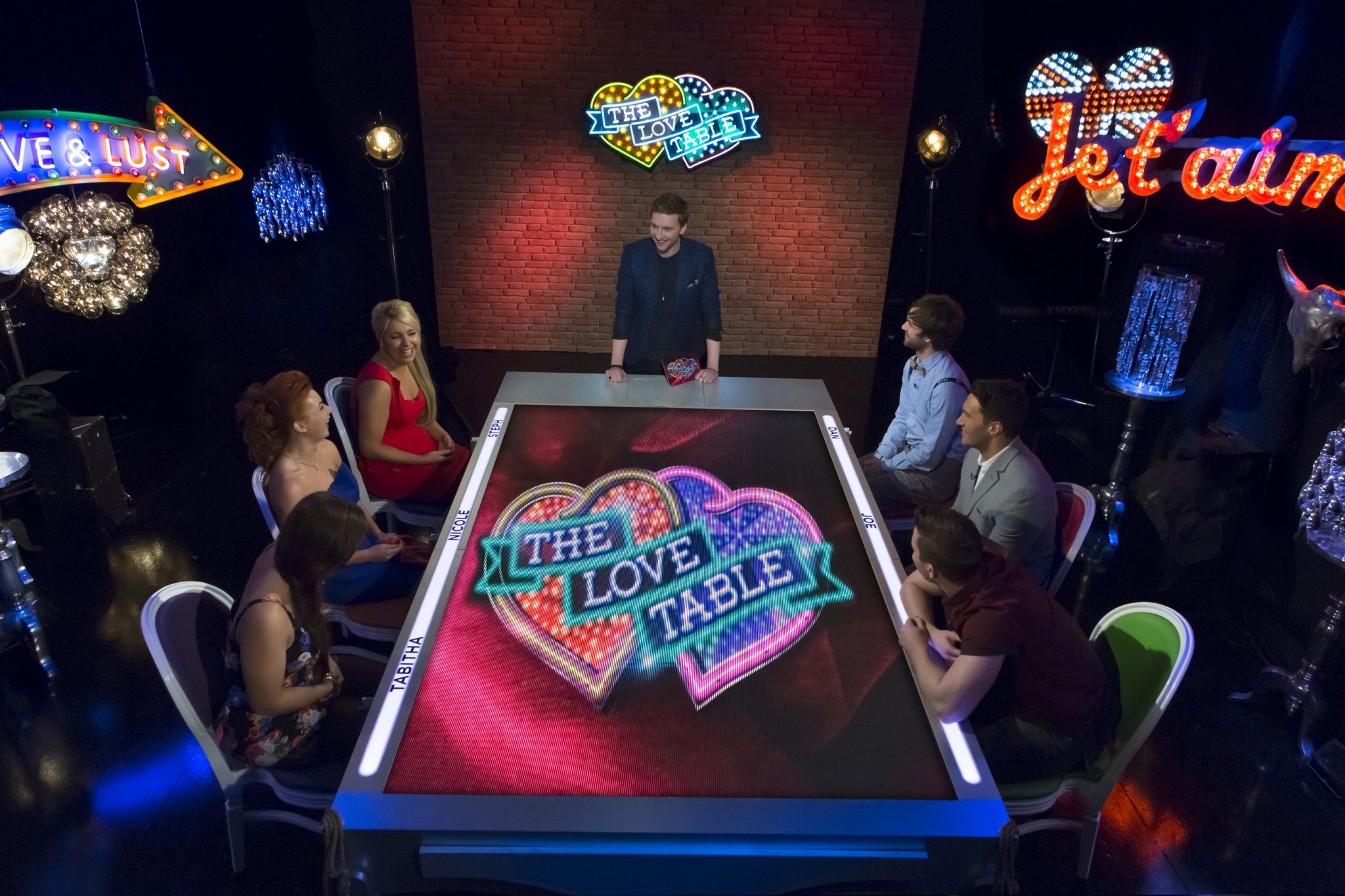 The Love Table came out of FremantleMedia’s relationship with broadcaster Asahi and is born out of a Japanese dating phenomenon whereby singletons sit around a table trying to find love. The English-language version will launch at MIPTV.

Rob Clark, director of global entertainment development at FremantleMedia, says that a key part of the dating show is that it will make audiences laugh. “It’s a dating show but with a comedic touch,” he says. “It is the funniest thing I have seen in a studio for years. I laughed like a drain.”

FremantleMedia’s UK prodco Thames has reworked the Japanese show and there is a pilot for international buyers to view at MIPTV.

In the show, three men and three women sit across from one another at the Love Table. Said table is electronic, and talks and effectively acts as a second host alongside the more usual human version. The table reveals intimate details of the participants’ private lives in the lead-up to the moment that they push the ‘love buttons’, indicating to which member of the opposite sex they are attracted. Viewers can see the singletons’ choices, and if there is a match, they are sent on a classy date. Where there is not a two-way match, the pairs are sent on a more budget outing.

“The show has a defining element,” Clark says. “The LED screen is the perfect way of showing what happens in the contestants’ lives including on their social media, and that shows their true character.”

The formats veteran has worked on numerous dating series including Blind Date. “Dating only works at two extremes,” he says. “We have the two most successful formats in the world in Take Me Out and Farmer Wants a Wife. Take Me Out is played for fun and there haven’t been any weddings, while Farmer Wants a Wife is played purely for love and there have been dozens of marriages.”

The Love Table is firmly in the ‘played for fun’ camp. It is being pitched as a primetime hour but could be cut to 30 minutes and would also work as a stripped show, according to Clark, who adds that the game could be replicated online or as an app to promote the show.

The show: The Love Table
The producers: Thames, TV Asahi
The distributor: FremantleMedia International
The broadcaster: TV Asahi (Japan)
The concept: Fun dating show in which contestants’ personal lives are revealed on an electronic interactive table at which they are seated