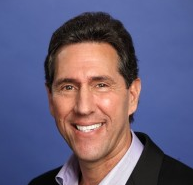 Berman, who exited FremantleMedia last year, will debut Yogapalooza to buyers. The 52x30mins series comes from Veria Living Studios and is hosted by singer/yoga teacher Bari Koral, who takes children through simple yoga moves. It was produced for the Veria Living lifestyle channel.

Berman was instrumental in the launch of CBeebies preschool show Tree Fu Tom while at FremantleMedia. However, he left his post as VP, distribution, children’s and family entertainment last year as the division was restructured.

Over a 25-year career in kids TV he has also worked for firms such as TMS Entertainment and IDT Entertainment (now known as Starz Media).

During that time, he has worked with Veria Living Worldwide’s senior VP, programming sales Raymond Donahue, who said: “I’ve known and worked with Andy during the last two decades and have always admired his work in the children’s arena. So with our company premiering Yogapalooza at MIPTV, a kids series of such high quality, we wanted to put our baby in his trusting hands.”

“Today, children’s obesity is a problem that’s impacting families all over the world,” added Berman. “In that light, the timing is perfect for Yogapalooza entering the market. Not only is there a need and great opportunity for the show, I believe an avenue exists to expand this brand well beyond just media platforms.”