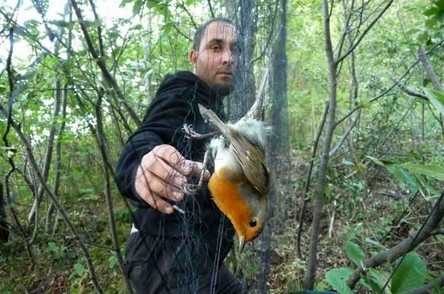 Literary darling Jonathan Franzen lends his sizeable intellect and support to this enviro-conscious doc, which France’s Java Films is taking to Cannes for MIPDoc.

The New Yorker magazine had tasked the Great American novelist to write another of his well received articles and the result was ‘Emptying the Skies’, a 12-page assault on the controversial – and often illegal – practice of songbird culling.

As a keen bird watcher, Franzen felt passionately about the subject and soon his article, as with many of his books, had been published around the world. Eventually, the groundswell saw him hook up with Roger and Douglas Kass to spend a year producing Emptying the Skies, a 1x52mins/1x78mins doc.

France’s Java Films then negotiated a deal brokered through David Koh at Submarine Entertainment and Roger Kass to acquire rights to project. The 52-minute version is currently in production and will be ready for MIPDoc.

The doc takes to task poaching of migratory birds in Southern Europe and includes production talent such as editor Michael Levine (Restrepo) and Marty Beller, who created the score for HBO’s In Treatment.

Kathryn Bonnici, Java’s head of acquisitions, says a key challenge will be selling it into territories where songbird culling is often considered a pastime. “We’ve got a track record for films like this so it’s just a question of finding the audience and packaging it for them,” she says.

With the nature of theatrical documentary windowing changing dramatically thanks to the growing influence of thematic TV channels and on-demand platforms, Bonnici says Java is working on individual strategies for each territory for which it has rights (worldwide, excluding North America, Australia, New Zealand, Italy, and Italian-speaking Switzerland).

“As a company, we’re moving away from that very structured approach to marketing, where we did six months of festivals, then theatrical, then VOD and finally TV. It’s all about the right strategy and building momentum behind the film.”

Java will target “Storyville-type” strands and may eventually release a shorter version for news slots.

Emptying the Skies has the relatable characters necessary for wider audiences to tune in, Bonnici contends. “It’s perfect for our newly launched features department because it is a very serious topic that people don’t know much about but is produced in a very approachable way and features lots of strong characters.”