UK producer-distributor Zig Zag is taking a trio of Israel-born formats to the Croisette next month, including taxi-based dating format Sex Drive. 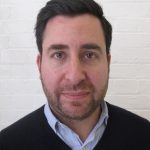 Sex Drive, which Zig Zag is coproducing with Matar Formats, features contestants searching for dream dates in the back of a cab. The driver pick ups potential dates who compete for attention through a series of elimination date stops and quiz questions.

True Romance is also a coproduction, this time with independent producers Liat Feldman and Dror Levy. The former is an experienced primetime formats developer, while the latter is former head of content at Israel’s Channel 10, worked at Kuperman Productions (aka Endemol Israel) and founder of TLV Format Academy.

The format features couples that met on the web in the early stages of a relationship. Each episode constestants discover their partner’s true personality through hidden camera stunts and quiz questions.

Susannah’s Teen Angst is the first format to come out of Zig Zag’s partnership with Israeli broadcaster Ananey, which was announced at MIPCOM.

“It’s a really exciting time for Israeli format producers and we’re delighted to be collaborating with such great talent on a number of new entertainment initiatives,” said Matt Graff, commercial director of Zig Zag.

We’re really looking forward to pitching these ideas at MIPTV for the first time and think that people will be as excited about them as we are.”