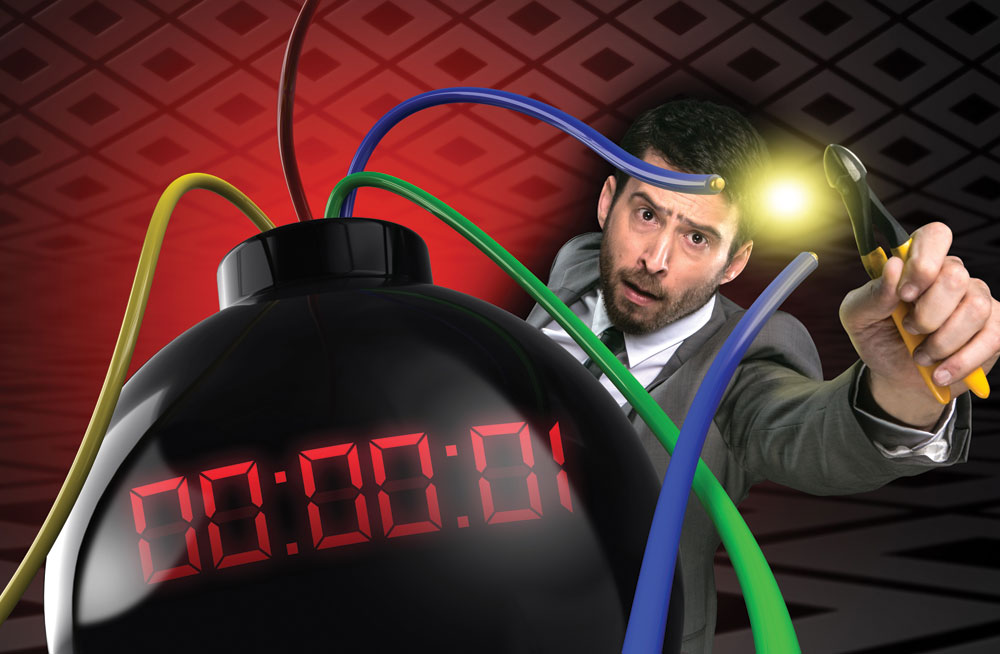 Keshet International is seeking to replicate the huge success it had with Rising Star at MIPCOM with a new format for MIPTV, Boom!

The show has teams of four attempting to defuse fake bombs by correctly answering trivia questions. Nominated players cut through wires, which represent multiple choice answers against the clock.

If the player answers correctly the prize money remains intact, if they cut the wrong wire, or run out of time the bomb will explode strewing material across the studio and visibly shaking the set.

Keshet is launching the show at MIPTV next month. At MIPCOM was hugely successful with the launch of Rising Star, which it claims has since become the fastest-selling format ever. It said the new format has the potential to drive gameshows back into primetime.

In Israel it will roll out on Keshet Channel 2 from early April in a 9pm slot. MIP will mark its international roll out.

“Boom! combines an exhilarating physical gameplay with a unique visual concept,” said Alon Shtruzman, CEO of Keshet International. “It takes the viewers on a roller-coaster ride of laughter and adrenaline guaranteeing a dramatic and colorful viewing experience.”

At MIPTV Keshet will also be shopping the finished US version of Rising Star, as well as kids talent show Masterclass.