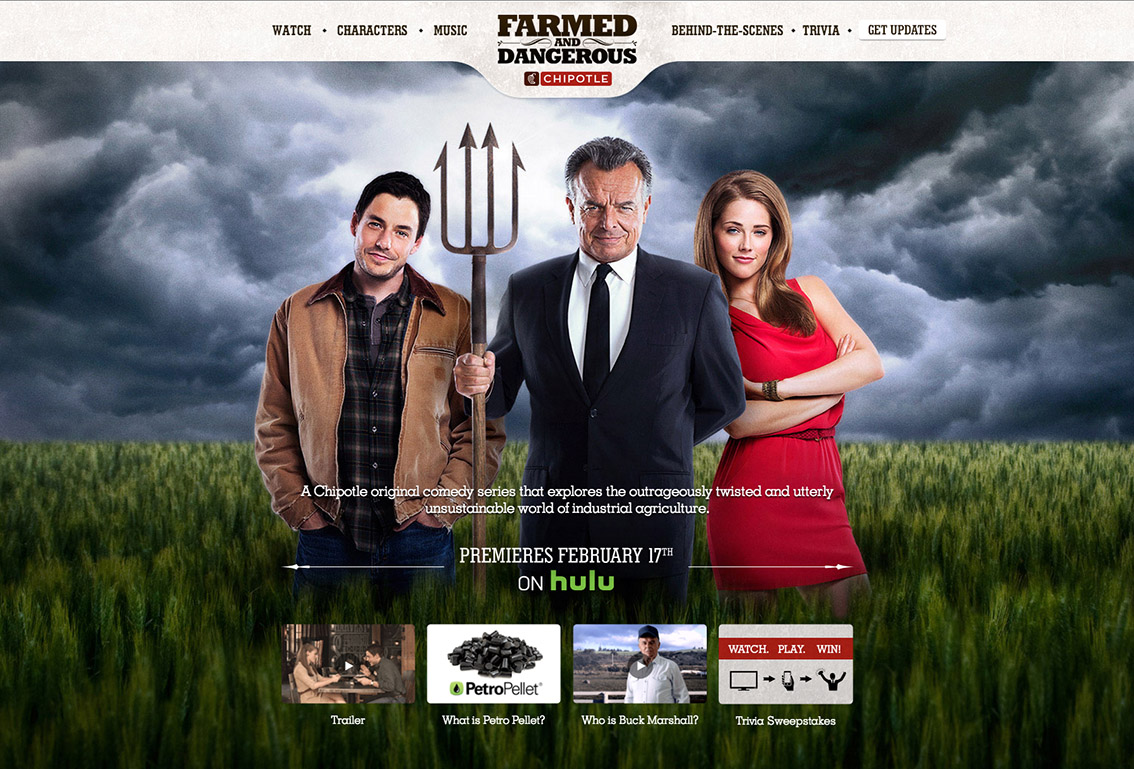 This year at MIPTV, Reed MIDEM is launching the MIP Digital Fronts, an event Laurine Garaude describes as “the first international market for digital content”.

“There is a real demand for discovering new talent from the online space,” says Garaude, Reed MIDEM’s television division director, explaining the move. One thousand of the 4,000 buyers at MIPTV this year will be acquiring for digital platforms, she adds.

The event, at the Palais des Festivals in Cannes, will be held on April 9-10 and see original digital video programming presented to buyers, advertisers, strategists, agencies and distributors.

Michael Stevens, creator of YouTube channel group VSauce, will present the event, while US restaurant chain Chipotle Mexican Grill and veteran actor Ray Wise (Twin Peaks) will present a session on their Farmed and Dangerous web satire (pictured), which launched on Hulu in February.

“MIPTV has created an important international platform for online video and the new event offers a forum for Maker creators to showcase their talents on a global scale and connect with the digital entertainment community,” Maker’s Kreiz, formerly CEO of Endemol, tells TBI.

The precursor to the current form of the event began in 2008 when ad firm DigitasLBi decided an event was needed to bring digital content makers together with advertisers. In a bid to widen the appeal of the event, it asked the IAB to take over the running of the event ahead of the 2013 NewFronts.

YouTube also held an Upfront week in the UK last year. Clearly, digital video markets are becoming increasingly important to the online content ecosystem because they can “create and move a market where money moves”, according to IAB’s SVP Sherill Mane. “That’s what advertisers care about.”

But why should traditional TV companies care? Because, Mane argues, the converging worlds of television and digital mean “you cannot stop at TV” anymore.