Jesus Perezagua, Fox International Channels president, Europe and Africa, is leaving the company after a decade. 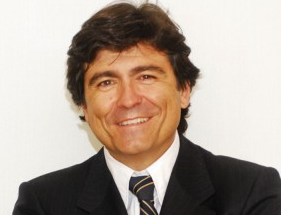 Perezagua will leave at the end of April. Fox said it has not lined up a replacement yet, but has started the search for someone to fill the veteran exec’s role.

Perezagua joined FIC in 2003 as managing director of FIC Spain and Portugal. In 2005 he was tasked with directing the company’s expansion across Eastern and Central Europe, Turkey and Greece. He was named president of Europe and Africa in 2011.

“We’re disappointed that Jesus is leaving FIC,” said FIC president and CEO Hernan Lopez. “He’s done an outstanding job growing FIC Europe and Africa as a valued asset for the company and we are grateful for his leadership over the past several years.

“However, we respect his decision, thank him for his tremendous contributions, and wish him nothing but the very best. We’ll start an immediate search for his replacement, and hope to have an executive in place as soon as possible.”

Prior to FIC, Perezagua was at Fox Kids in Spain and before that was at toy company Bandai.

FIC announced his imminent departure this morning. No reason was given for his exit or indication of his next move.