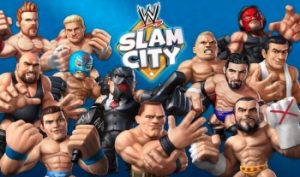 The series, which the WEE coproduced with Mattel prodco Playground Productions, will also me made available in the US on WWE Network, Hulu, PlayStation 4, Xbox, AOL On, Nintendo, Vudu, Google Play, Kabillion, Mattel.com and iTunes.

WWE Slam City will see wrestlers take on new lives outside of the squared circle, with Cena as an auto mechanic, WWE Champion Randy Orton as a zookeeper and Sheamus as a theatre usher, but keep their in-ring personas.

“WWE Slam City is a multi-platform property that takes our Superstars out of the ring and introduces them to kids through entertaining and action-packed animation,” said Michelle D. Wilson, chief revenue and marketing officer, WWE. “This strategic initiative is perfectly complemented through our partnership with Mattel and adds to an already dynamic portfolio of content designed to create lifelong WWE fans.”

For the WWE, the news comes as rumours around the future of the company continue to rumble on in the US. Reports claim owner Vince McMahon may be willing to sell the firm, whose share price recently hit an all-time after the launch of online subscription platform WWE Network, for around US$2.3 billion. Comcast Communications, The Walt Disney Company and Fuse Network owner Madison Square Gardens have all been linked with a deal.

Mattel, meanehile, which owns HIT Entertainment, counts WWE Slam City as the one of the firm toons coming out of Playground, which was launched to produce shows identified by parent Mattel Global Brands as viable international properties.