The UK is the most lucrative formats market in Europe and TF1 the leading broadcaster in the region, according to new research. 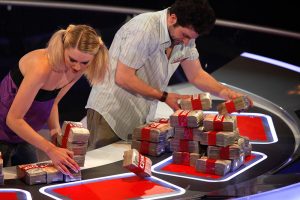 Media specialists Madigan Cluff, Essential Television Statistics and Digital TV Research measured the number of hours of formatted programming scheduled across European free-to-air channels and measured the income generated by each format. Specifically, the report measures the financial success of unscripted entertainment shows that have been made in multiple territories.

The research houses found that the cumulative value attributed to the broadcast of entertainment formats across Europe slipped last year although has largely withstood the economic impact of the recession.

The value of formats to French broadcasters was US$599 million last year compared with US$547 million in 2012. In terms of revenue generated by formats France’s TF1 led the way generating US$331.5 million.

The number of hours of formatted programming aired across the 84 channels surveyed was flat year on year at 28,386.

Madigan Cluff director Michael Cluff said that the Europe-wide market for format was showing resilience given that there has been an advertising recession and several top performing titles have peaked.

He added: “Across Europe TV advertising revenues declined, which explains why the value for major formats in 2013 was 3.3% down on the 2012 total. Despite this decline revenue was higher than in 2011. The number of hours for formats broadcast across the channels we monitored was 28,386 in 2013; almost exactly the same as in 2012.”