Spain’s BRB Internacional has joined forced with app creator Outfit7 to bring the Talking Tom digital brand to television screens and will launch the show at MIPTV. 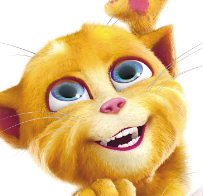 Talking Tom and Friends will be a 52x11mins 3D animated series based on the app series, which have been downloaded 1.5 billion times since 2010.

The show will target 8-12s and feature Talking Tom and his friends. BRB’s creative studio Screen 21 and Outfit7 will coproduce, with BRB selling it internationally.

“I don’t know anyone who doesn’t have these characters on their tablet or mobile phone. We have the good fortune of being able to draw the millions of fans of this brand even further into their universe,” said BRB CEO Carlos Biern.

BRB will launch a trailer for the series in Cannes at MIPTV, which runs from April 7-10.

Digital entertainment firm Outfit7 launched in 2009 and has offices in London, Slovenia, Cyprus, South Korea and Palo Alto in the US.