US cable network Travel Channel has put Ross Babbit in control of its programming – a move that sees general manager Andy Singer exit. 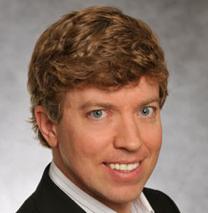 He has been with lifestyle-themed Travel Channel since 2012, previously as SVP, programming and was before that was DIY Network’s SVP and general manager. Overall, he has been with SNI for a decade.

Babbit’s arrival at the top of the tree means Singer, who has been general manager for two years, will leave step down. SNI noted Singer had build a “solid foundation for Travel Channel”.

Babbit will report to O’Neill, who said: “With the breadth of programming and production experience Ross brings to the table, we’re well-positioned to deliver programming that connects with our audience and builds on travel’s power as a transformative force in our lives.”