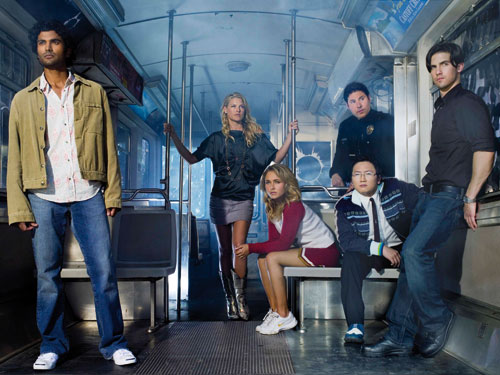 US broadcaster NBC has confirmed it is bringing back sci-fi drama Heroes four years after it dropped Tim Kring’s show.

Heroes Reborn will premiere in 2015 and be preceded by a digital series that will introduce new characters and storylines, though details of this are being kept under wraps for now.

Heroes creator and executive producer Kring will return to helm the 13-episode miniseries, NBC Entertainment president Jennifer Salke revealed. She added NBC would not “rule out” bringing back cast members from the original show, which ran between 2006 and 2010.

“The enormous impact Heroes had on the television landscape when it first launched in 2006 was eye-opening,” said Salke. “Shows with that kind of resonance don’t come around often and we thought it was time for another instalment.

“We’re thrilled that visionary creator Tim Kring was as excited about jumping back into this show as we were and we look forward to all the new textures and layers Tim plans to add to his original concept.”

In related news, NBC has ordered another scripted show for the 2015-16 season. The straight-to-series 13-part drama Shades of Blue will star Jennifer Lopez as a dirty cop who goes undercover for the FBI’s anti-corruption unit. Ryan Seacrest will team with Lopez to produce the show.