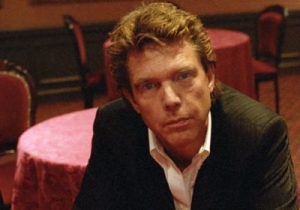 Apollo, the US-based investment company that already owns American Idol brand owner Core Media Group, will pick up a majority of shares – around two-thirds – after striking an agreement with creditors such as the Royal Bank of Scotland, according to the Financieele Dagblad.

It could seek to merge Endemol’s assets with Core’s and create what would be one of the world’s most powerful television production entities.

The FD reported de Mol (pictured), who co-created Endemol with Joop van den Ende in 1994, was seeking to take control of the firm through his Cyrte investment vehicle and merge its assets with Talpa Media, his production company that counts The Voice and Utopia among its formats.

However, when prices were raised, he exited the negotiations and may now look to sell his stake, thought to be around 25%, to Apollo.

Endemol reps declined to comment but TBI understands the firm would support any agreement that resulted in a sustainable capital structure.

Cyrte and Apollo have had majority control of Endemol since April 2012, when Mediaset sold its final shares in the company and debt was converted into new shares in a restructuring.

Endemol following had previously been saddled with billions of Euros worth of debt and has spent long periods working to bring that pile to a controllable level.

In April last year, Endemol acquired Israeli production company Kuperman Productions, which was renamed Endemol Israel. This was followed with a reported US$28.5 million investment in Israeli broadcaster Reshet.