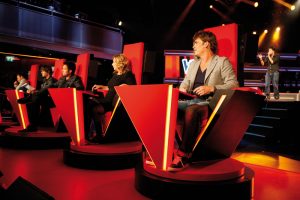 Shine and Talpa will jointly produce formats including The Voice in Spain and Portugal after the pair agreed a programming deal.

Under the terms of the agreement, Shine Iberia has taken exclusive rights to jointly make shows from John de Mol’s Talpa in the region.

The first show out of the deal will be The Voice of Portugal. Preliminary castings are complete and pubcaster RTP will premiere the local version of the hit format this spring.

The Talpa catalogue also includes buzzy reality show Utopia, recently picked up by Fox in the US, as well as the Beat the Best and Dating in the Dark formats.

Shine Iberia makes the regional versions of Masterchef as well as the Baby Boom format.

“It’s a great honour that a company as innovative as Talpa relies on us to produce its shows,” said Macarena Rey, CEO de Shine Iberia.