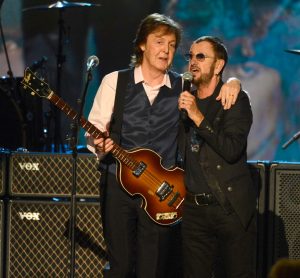 A raft of international broadcasters have acquired The Beatles: The Night that Changed America – A Grammy Salute, a two and half hour special celebrating the 50th anniversary of the band’s appearance on The Ed Sullivan Show.

The special went out on CBS in the US, the same network that ran the Ed Sullivan talkshow on which The Beatles gave their groundbreaking and historic performance. Their appearance on the show was incredibly popular with 74 million viewers tuning in.

Alfred Haber is on international sales duty and in Europe has shopped the special to Canal+’s D8 channel in France, SVT in Sweden and TVR in Romania.

In Japan Wowow has acquired the programme as have Foxtel in Australia and TVNZ in New Zealand. In Latin America, Mexican broadcaster Televisa has bought the show and in Canada Rogers has picked it up.