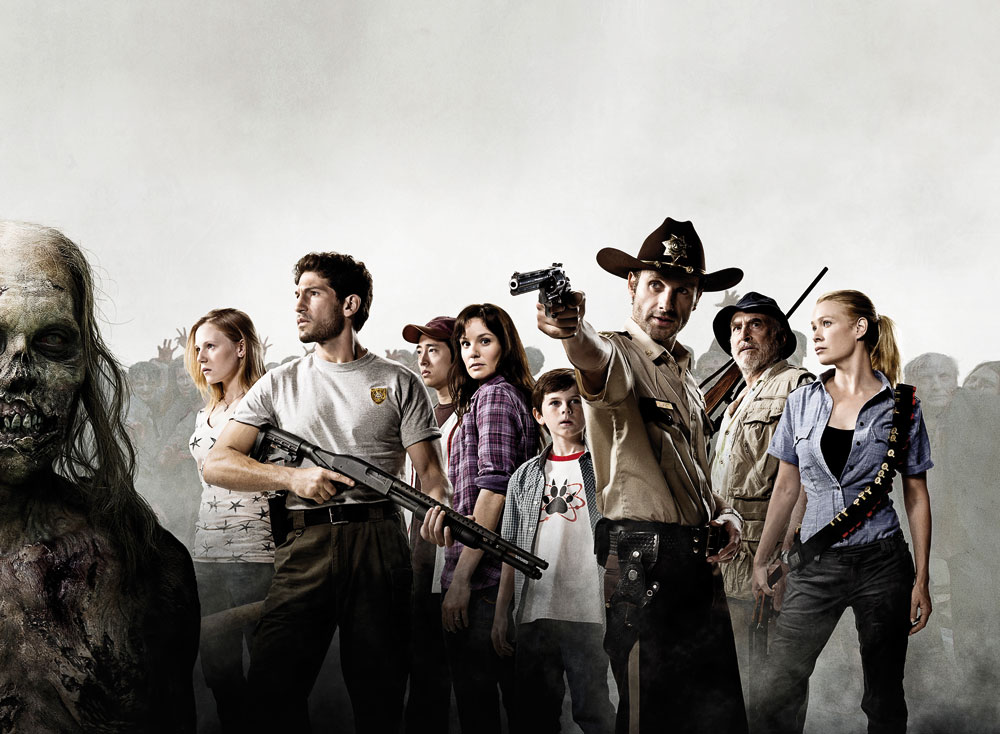 The zombie series has helped redefine cable ratings, consistently delivering huge numbers. The opening installment of the second part of the fourth season sent out on Sunday in a 9pm slot on AMC. It won 15.8 million viewers in all and 10.4 million in the 18-to-49 demographic, according to Nielsen data.

The numbers made it the most-watched show on US TV among 18-to-49s on the night, beating out all cable and broadcast competition including coverage of the Winter Olympics.

AMC said that when timeshifted viewers are factored in the midseason opener will top 20 million viewers.

The Walking Dead is now followed by companion series The Talking Dead at 10pm. It won 5.9 million viewers and 3.9 million in the 18-to-49s.

The social media response to the midseason opener was also impressive with 1.24 million show-related Tweets from 526,174 unique authors, according to Nielsen. AMC claimed that at its peak, tweets about the show accounted for 86.6% of all TV-related Twitter activity.

“With a number of high-profile choices on television [Sunday] night, for The Walking Dead to deliver record ratings is remarkable,” said Charlie Collier, AMC president. “I speak for everyone at AMC in expressing my sincere appreciation and our shared excitement for the journey ahead. Chocolate pudding for all!”