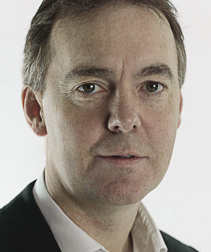 Announcing its fiscal Q2 and half-year results, Sky said that 4.4 million of its TV customers now have a Sky+HD box – double the figure compared to the same time last year.

At the same time, Sky reported a three-fold increase in on demand usage, logging an average of 10.9 million weekly downloads per week.

Sky Go, its mobile service, also had a record-breaking quarter with total viewing requests passing 200 million for the first time.

Sky attributed the on-demand gains to increased connectivity and an improved range of content. In the quarter, Sky launched 12 new channels on catch up TV taking its total to 56.

Sky revealed that it had invested roughly £40 million (US$66.2 million) in the last six months on hardware – including WiFi set-top boxes and NOW TV boxes –  additional content for Sky Go and Sky On Demand and on marketing these services.

“We added a record one million connected Sky+HD boxes in Q2 – almost 11,000 a day – to take our base of connected homes to 4.4 million. This explosive growth means that Sky has quickly established itself as Britain’s biggest connected TV platform and, with millions of customers yet to connect their boxes, there is still a big opportunity ahead,” added Darroch.

Sky said that the recent launch of its low cost Now TV box, which is designed to deliver Sky’s subscription-free OTT service to TVs, has been met with “a positive customer response” and has supported growth of the service. However, it did not break down Now TV user numbers.

Overall, Sky said that it added 873,000 paid-for subscription products in the three months ending 31 December, 42% higher than the same period last year. For the six months, adjusted revenue was up 8% to £3.75 billion and adjusted EBITDA remained flat at £813 million – despite investment in connected TV services and a one-off step up in Premier League costs.