Sony Pictures Television has struck a scripted format deal for Los Gutierrez, a new version of classic US comedy series The Jeffersons. 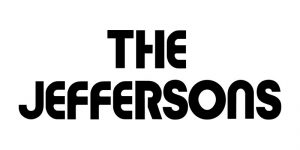 SPT will make a Spanish-language version of the show for América Televisión del Peru, the Peruvian broadcaster. It will be known as Los Gutierrez.

The original sitcom, about a well-off African American family in New York, went out on CBS and ran for eleven seasons and 253 episodes from 1975-1982. It was a spin-off from another comedy series, All in the Family.

The Peruvian version will be the second from Sony in the Latin America region.

Alexander Marin, senior VP, distribution, Latin America for SPT, said: “The Jeffersons is a timeless comedy with hilarious stories and unforgettable characters that Peruvian audiences are sure to love.”

“Over the past ten years, we have a gained a tremendous amount of experience producing series and particularly comedies for Peruvian audiences,” added Eric Jurgensen, CEO and director, América Televisión del Peru. “We are pleased to produce Los Gutierrez and are confident that it will be a new hit for América TV.”