Ahead of the NATPE Miami market, which kicks off next week, TBI spoke to Marcos Santana, president of Telemundo Internacional, the international division of the NBCUniversal-backed US Spanish-language media group.

The Spanish language US Hispanic market is very competitive. What would you say distinguishes Telemundo’s programming from that of the competition?

To begin, Telemundo is the only major Spanish-language producer based in the United States creating content for a Hispanic American audience.

We differentiate ourselves from other local Hispanic broadcast channels by producing television content on the standards of the anglo market. Being part of the Comcast NBCUniversal family provides us with the infrastructure to give our telenovelas a distinctive character and with the support of our first-class talent from all over Latin America, including Mexico, we make our stories relevant to universal audiences.

Which of your original shows in the last 12 months has been most successful domestically and internationally?

La Patrona (The Return) broke records in the United States on Telemundo. Its finale delivered 1.45 million adults, making this Telemundo’s highest 9:00 pm finale. It was also the first telenovela in the time slot to average more than one million adults for its full run.

Outside of the United States, La Patrona has positioned itself as the highest selling production of 2013 and it sold to more than 30 countries. It has led ratings on many occasions during its on-air run in Costa Rica, Dominican Republic, and Puerto Rico.

This production is followed in terms of distribution [success] by El Señor de los Cielos (The Lord of the Skies), which also broke audience records in the United States in its 10:00pm time slot, and Marido en Alquiler (My Dear Handyman).

From its beginnings, Telemundo has steadily increased its production of original programming. Currently, it produces 85% of the content it broadcasts. Our goal in the near future is to occupy the remaining time slots with original Telemundo productions.

How do you see the telenovela form changing over time?

We have always been pioneers in the fiction genre, making great strides towards the production of super series, and in the process, mastering the creation of fast-paced short action series of 60 episodes, produced fully on-location. We believe the evolution of the telenovela genre is quickly moving towards becoming – and competing with – some of the best U.S. series.

Can you envisage a time that Telemundo will make English-language content?

We envision in the near future the distribution of Telemundo-created formats to English-language producers. Our focus is and remains on the Hispanic-language original content production, and we are certain our partners, such as NBCUniversal, have the ability to produce these formats on an undeniably grand scale.

En Otra Piel (Part of Me)

In the first quarter of 2014 we will be presenting all-new titles such as La Impostora (The Imposter), filmed in beautiful locations in and around Acapulco and starring Lisette Morelos and Sebastian Zurita alongside Christian Bach who plays the story’s leading antagonist; En Otra Piel (Part of Me), which features renowned actress Laura Flores in her first-ever Telemundo Studios production, together with Maria Elisa Camargo, David Chocarro, Jorge Luis Pila, and Vanessa Villega;

La Voz, the Telemundo adaptation of The Voice, for kids, was big in the US – do you have international rights?

In 2013, the La Voz Kids format was produced by Telemundo in the United States, with extraordinary success. La Voz is not a part of Telemundo Internacional’s distribution catalog. 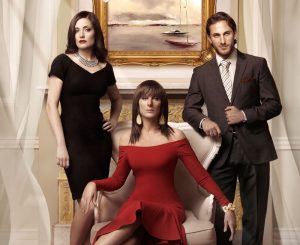 Entertainment contest shows, such as this one, are becoming increasingly popular. One of our future projects is to meet this demand with the creation of our own formats, for which we would have international distribution rights.

At last year’s NATPE you announced a programming deal with TVN – what has come out of that?

Our relationship with TVN Chile dates back 10 years. This partnership has proven to be truly mutually enriching, allowing us to acquire formats by TVN Chile to adapt and produce locally, and for them to acquire other titles by Telemundo, for their airing in Chile. In the near future, we will be sharing new project news.