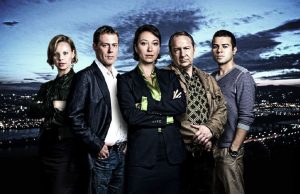 The series follows the trials and tribulations of a female homicide detective who attempts to balance her home and work life whilst forced to work with her ex-husband, a medical examiner.

The purchase comprises full rights to all four seasons, 40 episodes in total, with the series bowing on Vietnamese screens in January.

The news follows reports last October that a Fast Forward remake may be in the works at CBS and Sony, with Law & Order Alumna Wendy Battles writing and exec producing along with Jamie Tarses for Fanfare and original series producers Andreas Kamm, Oliver Auspitz, Kurt M. Mrkwicka and Katharina Schenk.

ORF-Enterprise is the commercial sales arm of Austrian pubcaster ORF.