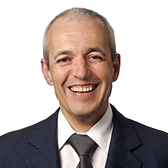 KKR issued a statement confirming the pair was putting its remaining 36.3 million shares into an accelerated bookbuilding process with institutional investors, leading to a total exit.

ProSiebenSat.1 operates German networks the ProSieben, Sat.1, Kabel Eins, Sixx and ProSieben Maxx among others, and and has operations in other European territories.

KKR and Permira jointly acquired a majority stake in ProSiebenSat.1 in 2006 for about €4.2 billion but have been steadily reducing their stake for the past year in order to make a profit on their investment.

Numerous firms have been touted as potential ProSiebenSat.1 buyers, including NBCUniversal, Time Warner and Discovery Communications.

Johannes Huth (above), head of KKR in Europe and chairman of the ProSiebenSat.1 supervisory board, said: “ProSiebenSat.1 is a success story. The company has developed extremely well, there is an excellent management team in place and the growth potential is exciting.”

Jörg Rockenhäuser, head of Permira in Germany and member of ProSiebenSat.1’s supervisory board added: “ProSiebenSat.1’s performance speaks for itself. The company has significantly increased its EBITDA over the past seven years and also repositioned itself as a digital powerhouse under the leadership of CEO Thomas Ebeling.

“As a result ProSiebenSat.1 is a leading media group in Europe today and well positioned to capture future growth opportunities in the digital age.”