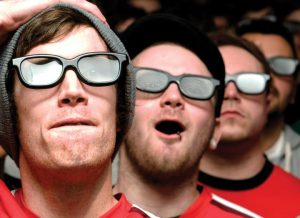 Speaking to TBI’s sister title DTVE, a Viasat spokesperson confirmed that Viasat 3D would go off air tonight, but said that customers would still be able to access on-demand movie titles in 3D.

“We have chosen to close Viasat 3D due to low interest from the viewers. However, we are strengthening our 3D movie offering available on demand in the Viasat set-top-box,” Viasat said in a statement.

Viasat claimed to be the first Nordic pay-TV operator to trial 3D TV content in December 2010, rolling out its full linear 3D channel in August 2012.

Viasat 3D was available 24-hours a day in Sweden, Norway, Denmark and Finland and was accessible to viewers with a Viasat HD set-top box and 3D TV set.

The network also aired live and recorded coverage of premium sports events and movies.The closure comes after Australian pay TV platform Foxtel ended its 3D channel experiment in July last year citing a “worldwide lack” of content. French pay platform Canal+ dropped its 3D channel at the beginning of 2012 after 18 months, leaving BSkyB in the UK as one of the few broadcasters to still offer a dedicated 3D channel.