US-based DreamWorks Animation is to launch a tablet that will offer in-house content and programming from rivals such as Disney and Nickelodeon. 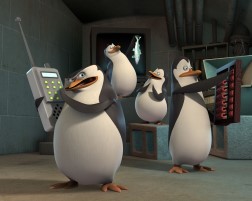 The DreamTab is the result of a DreamWorks partnership with manufacturer Fuhu and will be an eight-inch device aimed at children costing under US$300, according to The New York Times. A 12-inch device is also in the works.

It is expected to launch in spring, with a exclusive content line up that the studio “will be able to programme much like a cable channel”, the Times reported. Users will also be able to stream programmes from Nick, Disney and Cartoon Network.

The tablet will use DreamWorks characters including Shrek and the penguins from the Madagascar franchise in what DreamWorks is describing as “character moments” – when the device is switched on, for example.

There will also be educational and DreamWorks-branded accessories such as headphones and carrying cases.

DreamWorks has been seeking more ways to distribute its content since moving into the TV business in a major way, and its founder Jeffrey Katzenberg has spoken of a desire to launch a direct-to-consumer service such as a cable channel.