Lionsgate Television is adapting a non-fiction book on the birth of social messaging service Twitter into a TV series. 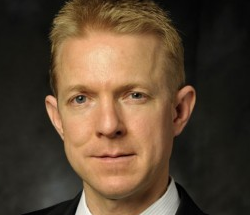 The studio has optioned rights to journalist Nick Bilton’s bestseller Hatching Twitter: A True Story of Power, Friendship and Betrayal and has Allison Shearmur (The Hunger Games) attached to executive produce the project. Bilton will write the screenplay and act as producer.

“Hatching Twitter will go behind the scenes of a groundbreaking Silicon Valley company in a way that’s never been captured before on television,” said Shearmur. “[Facebook feature film] The Social Network was a perfect film, and this series will be different, providing a longer view of the work life changes, gamesmanship and personal sacrifices made by a group of individuals who are building a company that will change the way that people communicate.”

Lionsgate has enjoyed success in book adaptations across a number of platforms, with its latest Hunger Games movie reworking riding high at the box office and Orange is the New Black becoming a surprise hit for streaming service Netflix earlier this year.

“Twitter has transformed almost every aspect of our lives from politics to business to friendship, and I can’t think of a more compelling story to adapt for television right now,” said Lionsgate Television chairman Kevin Beggs (pictured).

“Nick’s book has all the elements of a great drama with its complex characters, high-stakes power struggles and betrayed friendships, and we’re extremely fortunate to have Alli Shearmur on board as executive producer.”