Cambodia goes Dancing With the Stars

A Cambodian broadcaster has ordered a local version of BBC Worldwide’s format Dancing With the Stars. 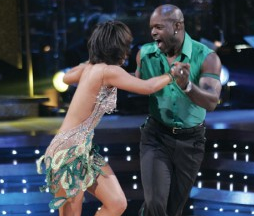 Cambodian Television Network will premiere a local run of the show in mid-2014. CTN owner Cambodian Broadcasting Corporation is producing the show.

“With this new deal, we hope to introduce Cambodian viewers to more quality content from the BBC. Dancing with the Stars has been a huge worldwide success and we are confident that the local format will take on the same reception with the viewers there.”

Forty-nine versions of Dancing With the Stars across six continents have been produced around the world, officially making it the most formatted programme globally.