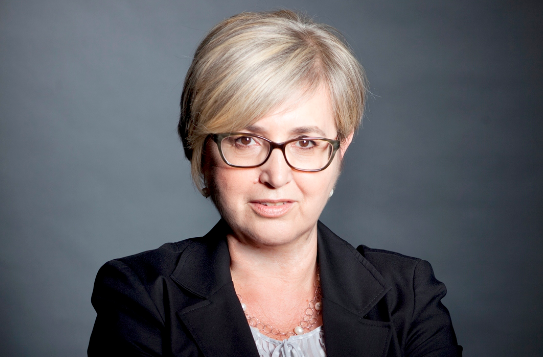 Salvetti will already be familiar A+E’s Italian channel History, having managed it as part of the A+E/FIC channels joint venture, which is ending in the New Year, as TBI revealed on Monday.

In the new role based out of Rome, she will oversee History and Crime + Investigation, following its launch on Italian pay TV on December 16. She will be responsible for all channel operations, including programming and production, marketing, sales activities, digital and broadcast operations.

“It’s a great honor to lead A+E Networks Italy. History has grown into the top primetime factual channel on [pay TV platform] Sky, and I have every confidence that CI, Italy’s first real crime channel, will be equally successful. Further, I look forward to leading the local team in creating the full portfolio of A+E brands in Italy,” said Salvetti.

At FIC, Salvetti also oversaw networks such as National Geographic Channel HD, Nat Geo Wild, Nat Geo Adventure and Baby TV. Prior to that, she held programming and production roles at pubcaster RAI.

A+E Networks’s managing director for Europe, Dean Possenniskie, to whom Salvetti will report, said: “Sherin is a 25-year industry veteran with a unique understanding of the Italian TV landscape, and we’re thrilled to have her at the helm of our first wholly owned operation in Europe. Sherin’s passion for content and knowledge of A+E’s brands make her best placed to manage A+E Networks’ growth in this vital market.”

Earlier this week, TBI revealed Disney- and Hearst-owned A+E’s channels JV with FIC is coming to an end and it will take full control of a European channels venture for the first time.

Also this month, A+E is taking full ownership of its Asian channels business after buying Malaysian-based pay TV firm Astro out of AETN All Asia Networks in July.