Netflix has struck a deal to bring content from Turner Broadcast’s Cartoon Network and Cartoonito channels to its subscribers in the UK and Ireland. 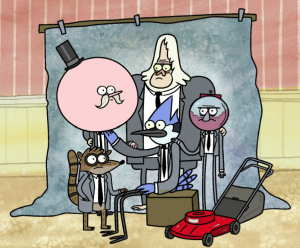 It marks the first time Cartoon Network programmes have been available on a subscription video-on-demand service.

The deal will bring a range of shows including Powerpuff Girls, LazyTown and Courage the Cowardly Dog to Netflix’s UK and Ireland customers.

“We are delighted to be bringing these Cartoon Network titles to our members in the UK and Ireland,” said Kelly Merryman, VP of content acquisition at Netflix. “The relatable humour found in these shows are great for kids of all ages. We are very happy to provide a subscription streaming home for these popular animated series.”

Netflix still has SpongeBob in the UK along with Amazon’s streaming service. The Delaware-based company has also inked a multiyear programming deal with DreamWorks for hundreds of hours of original programming. The first fruits of that deal will be seen on Netflix in the run up to Christmas with the release of Turbo: F.A.S.T..