A+E Networks has launched A+E Networks Italy, TBI has learned, marking the first time it has set up a wholly-owned channels business in Europe. 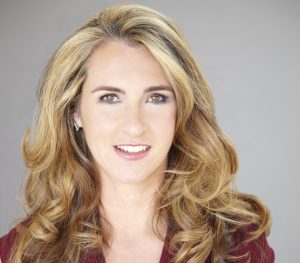 The new set-up will launch the Crime + Investigation channel on Sky Italia and will take full control of History in early 2014, which to this point in Italy has been operated by Fox.

TBI understands the Italian business will be based in Rome and will operate and launch all A+E services in the country.

The same company’s global networks division, Fox International Channels, has been running the History channel in Italy under a licensing agreement with A+E. That deal will soon expire, leaving A+E’s new Italian business in complete control of History and Crime + Investigation.

“We are very excited for the launch of CI, which is available exclusively to Sky subscribers,” said Andrea Scrosati, executive VP, programming, Sky Italia. “CI further strengthens Sky Italia’s exclusive channel line-up, making our basic offer the most comprehensive in the Italian market.”

Historically, A+E has sought local partners when launching its channels around the world, for example teaming with BSkyB on A+E Networks UK, which runs the A+E channels in Britain as well as in Scandinavia, the CEE and Benelux regions. It has a joint venture with Chello Multicanal in Spain and Portugal that runs the A+E channels in those territories. In France A+E’s channels are run through a recently agreed deal with Canal+ Groupe and a French version of A&E – Planete+ A&E – was recently announced.

However, it is now seeking to launch owned and operated channels businesses in key markets. A+E took full control of its Asian joint venture last year with Malaysia’s Astro moving out of the picture and the European move is a significant step for the Hearst and Disney-owned channel operator and content company.

Cohan said that going forward A+E will seek to run owned and operated businesses where the dynamics of a local market make that a realistic and favourable alternative to licensing the channel brands or running JVs.

The Italy news comes as A+E puts its weight behind the Lifetime service, setting up a key battle with TLC owner Discovery and several others in the female-skewing channels sector. It is also starting to roll out the general entertainment A&E brand, which is huge in the US but has historically had limited visibility elsewhere.