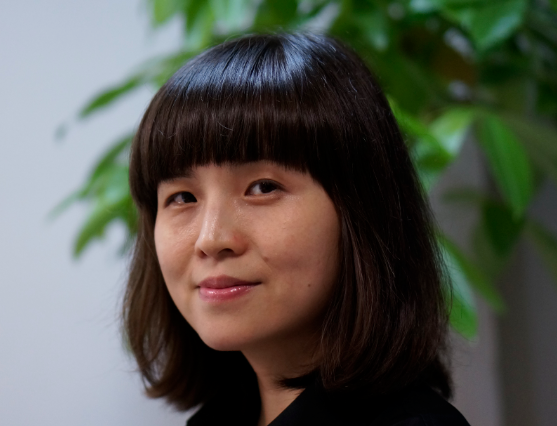 Beryl Yan is head of programme strategy at Hunan TV, one of China’s largest broadcasters. She tells TBI about how changes to the rules governing Chinese TV will impact Hunan’s work with international partners and how China can become a global content powerhouse.

With coverage throughout China, Hunan TV is the country’s most influential broadcaster aside from CCTV. It has also been among the most active in terms of adapting international entertainment shows locally with deals for formats including Saturday Night Takeaway, distributed by ITV Studios, and Strictly Come Dancing (BBC Worldwide) from the UK; Anything Goes (Shine International) from France; Spanish-originated format Your Face Sounds Familiar (Endemol); and Perfect Bride (Global Agency) from Turkey.

A recent shift in local regulation means that the number of imports will be severely restricted, but Beryl Yan, head of programme strategy at Hunan (pictured), says there are other ways that it can work with international partners and that the new rules will also spur the development of China’s content sector.

“We should react on the changes in a positive way,” she says. “In some sense, the new changes will act as a catalyst for the development of producing our own content and force us to be independent, which is a prerequisite for speeding up the pace of creativity.” She adds: “Hunan TV will focus more on improving originality and developing content using our own brand.”

Fusing this international experience and Chinese creativity will, the Hunan exec says, create sustainable long term partnerships that can deliver more than the sum of their parts.

The best performing show on Hunan hails from South Korean free-to-air broadcaster MBC. Dad, Where Are We Going? is a physical gameshow meets reality format in which kids and their celebrity dads embark on various journeys. It started in October on Hunan and the first episode won an 11.45% national share. Its fourth instalment recently delivered a 13.7% share, rising to 15% in the main metropolitan areas. “It is definitely the hit of the year,” Yan notes, adding: “It has nearly reached the same level of peak broadcasting influence as [iconic singing competition] Super Girl in 2005.”

Meanwhile, viewing tastes are evolving in China and currently the demand is for entertainment shows that offer something above and beyond the standard talent format. “TV shows, which bring out the humanity, deliver family affection, focus on humanitarian caring and generate emotional connections with the audience, are most likely to be more popular after the prevalence of talent shows,” Yan says, citing Dad, Where Are We Going?. Another of Hunan’s other recent hits is I Am a Singer, again hailing from MBC in South Korea, in which veteran musical acts compete against each other. In different ways these shows deliver educative ideas and have positive, touching elements to which the audience is drawn, Yan observes.

Hunan’s own hit entertainment shows have included weekly variety show Happy Camp and reality series Deformation Plan, both of which picked up gongs at Asia’s most important TV market ATF. Shows like these illustrate the desire to become a net exporter of formats.

Yan tells TBI: “Maybe at a certain stage in the future China will become the most powerful content hub in the Asia-Pacific area. As a pioneer of Chinese TV originality, Hunan TV  shoulders its responsibility and is committed to this mission.” Hunan, she says, has been playing its part with its original shows and extensive research that will ultimately put in place the foundations for an export market in Chinese content.

As the broadcaster helps develop the TV ecosystem it is closely monitoring international markets, tracking developments in France, Germany the Netherlands and other key global markets.

South Korean content works well in China and this is a market Hunan pays close attention to, in terms of programming trends. The way culture and content travels beyond the country’s domestic borders is also something Hunan tracks.

“We hope to fully utilise the successful approach conducted by South Korea’s TV and cultural industry to our benefit,” Yan says. “South Korea has done brilliantly in exporting ‘K-Culture’ which is something we should learn from in order to make [Chinese] culture understood and more appreciated globally.”

Beryl Yan is speaking this week at ATF, which is takes place at the Marina Bay Sands hotel, Singapore

Tags: Beryl Yan, Dad Where Are We Going?, Hunan TV, I Am a Singer