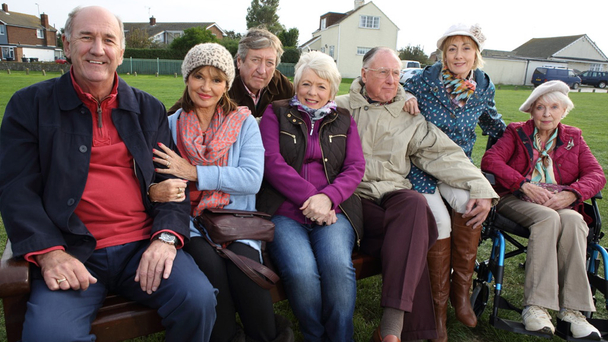 UK terrestrial BBC One has commissioned a six-part comedy starring the likes of Russ Abbott, Stephanie Beacham and June Whitfield.

Grey Mates (working title) will follow the ups and downs of three newly retired couples in Norfolk in the UK and be produced by indie Hat Trick Productions. Abbott (Last of the Summer Wine) and Beacham (Dynasty) will play one of the pairs.

“This is a very modern, affectionate and brutally honest single camera take on a stage of life often stereotyped and outmoded in sitcomworld. Cast perfection on top of a script that glitters with comedy gems,” said Allen.

Production begins next spring ahead of a debut later in 2014.

Separately, the BBC has commissioned more Our Girl, which went out as a drama special earlier this year. A 5x60mins drama from writer Tony Grounds and BBC Drama Production will star Lacey Turner (Eastenders) as a woman soldier forced to grow up while on deployment in Afghanistan. Caroline Skinner is executive producer.

BBC One controller Charlotte Moore has also commissioned a 3x60mins doc series, Inside KFC, from Wild Pictures about Britain’s national obsession with fast food chicken. It will look at the trend by going behind the scenes at the UK arm of KFC, the global fried chicken brand. Paul Hamann is executive producer for Wild and Maxine Watson for the BBC.

“All three of these new series take on timely and meaningful subjects that really speak to our audience, and offer an entertaining invitation into completely different worlds,” said Moore.

BBC One has also given comedy Citizen Khan a third season.