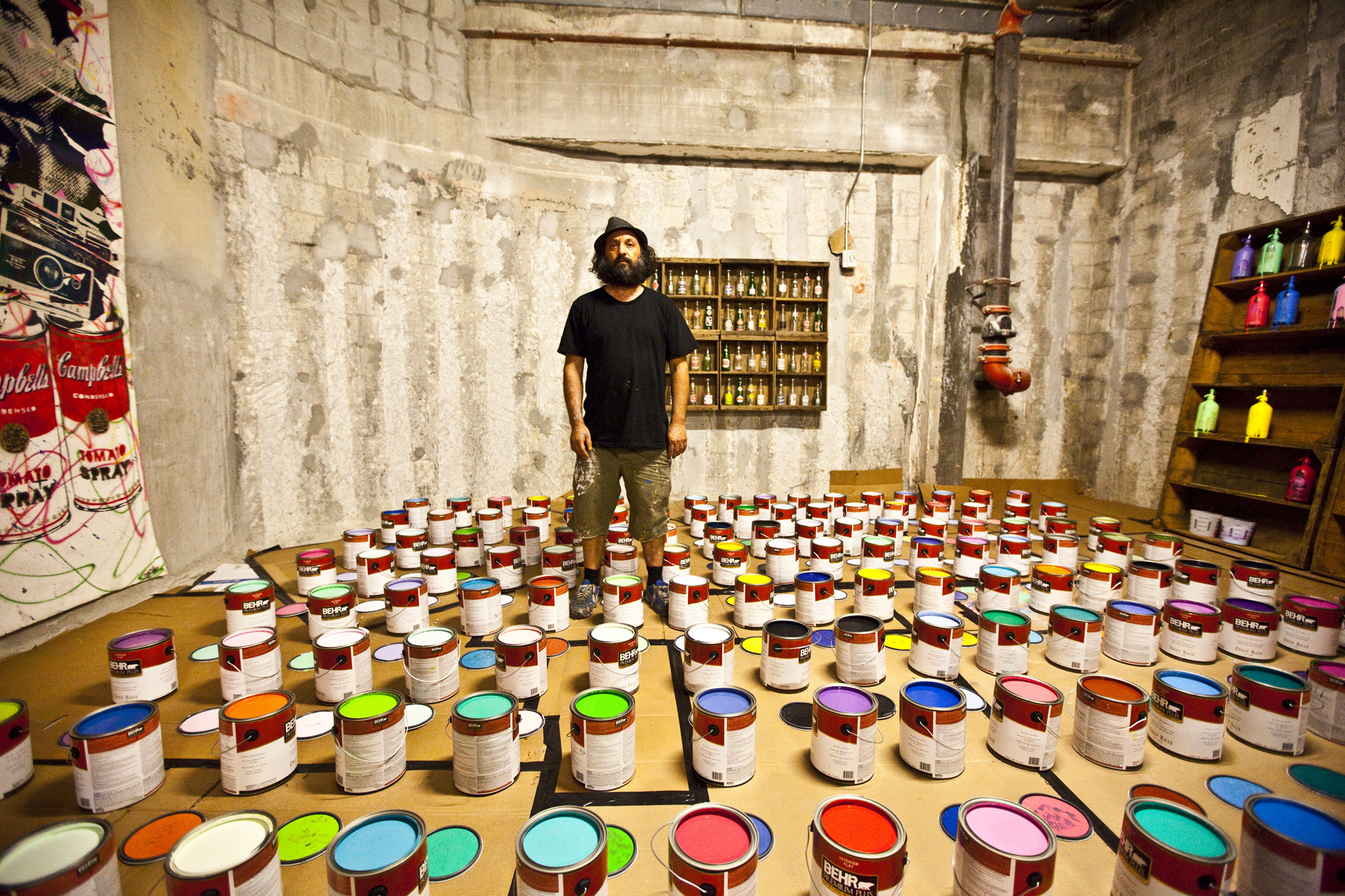 The world of factual entertainment is being disrupted every bit as much by the digital world as other traditional parts of the TV industry, reports Gary Smith.

Whichever way you choose to look at it, 2013 has been a revolutionary year in factual programming. On the one hand there is a new generation of factually-inspired scripted series pulling in large, mainstream audiences such as the History Channel’s Hatfields & McCoys, which averaged around 14 million viewers per episode in the US and, genre-wise, sits alongside Mark Burnett’s The Bible and Ridley Scott’s Killing Lincoln. As well as changing audience attitudes towards what factual programming is, these series have also seen History’s brand equity and audience numbers rise significantly.

But the real revolution is happening elsewhere. Bubbling up behind the big-budget shows, there is a perfect storm brewing. It is made up of documentary-makers prepared to forego the idea of getting their series on TV straight away, combined with alternative platforms that enable them to grow an audience organically.

Some very talented people, Werner Herzog included, are now using the web as a primary window, either to test the water with ideas that would not readily be picked up by broadcasters due to the nature of the subject matter. Or, as in Herzog’s case because It Can Wait, a 1x35mins documentary about the devastating effects of being hit by a car driven by someone texting on their phone, will reach more people more quickly on YouTube than it ever could through traditional TV.

While currently broadcasters remain the main financiers, there are so many people off their radar doing interesting things who now have an unprecedented opportunity to get their work seen – John Morris, Atlantic Productions

And on top of that there are the truly new distribution opportunities offered by digital upstarts such as Hulu, which has Morgan Spurlock’s A Day in the Life. And, after a slew of drama productions, Netflix is also investing in factual.

“Our view is that digital opens up many more outlets for both producers and the audience,” says John Morris, commercial director at Atlantic Productions, which makes Flying Monsters, Galapagos and Adventures of the Penguin King. “While currently broadcasters remain the main financiers, there are so many people off their radar doing interesting things who now have an unprecedented opportunity to get their work seen.”

This is, he believes, just the latest in a long line of industry disruptions: “Twenty years ago in the US it was the cable networks, with Sky and Virgin doing the same in the UK, now it’s Hulu, Netflix, YouTube and bespoke websites shaking up the established order.” 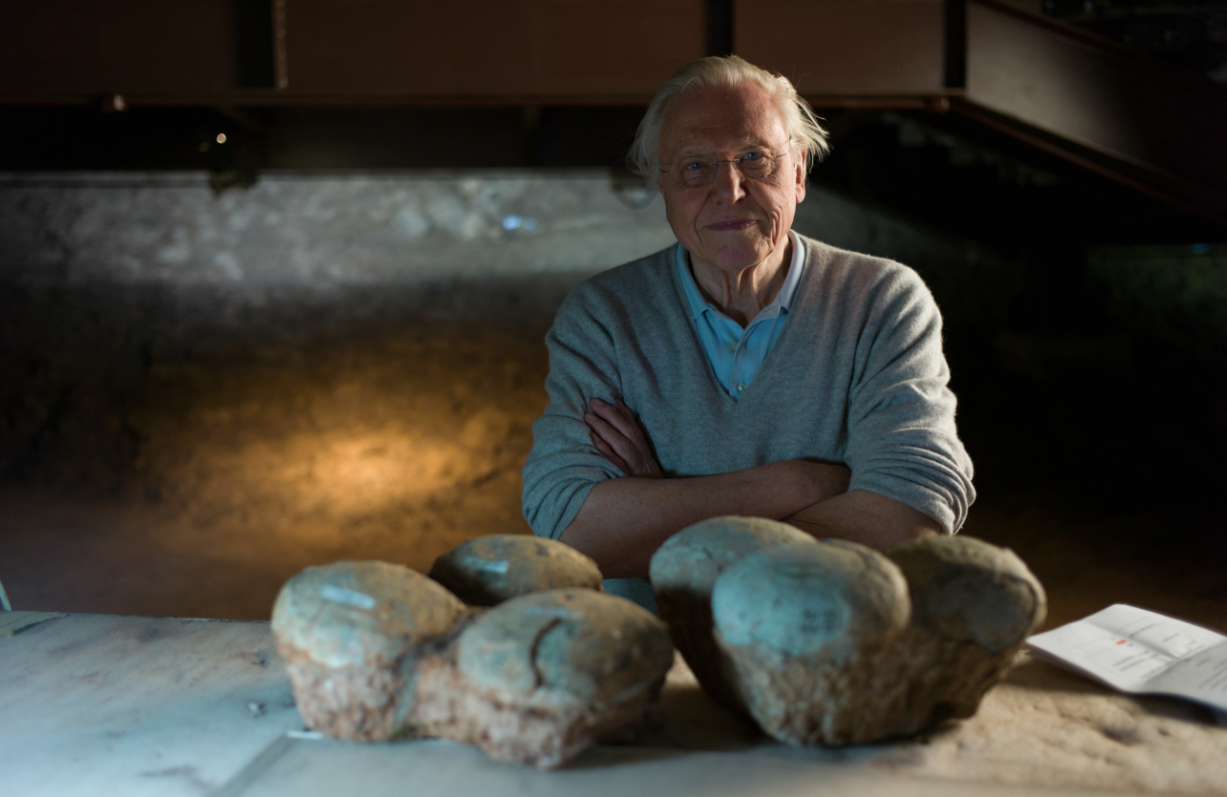 Atlantic’s Kingdom of Plants, presented by the enduringly ubiquitous broadcaster David Attenborough, was filmed in both 4 and 7K as well as in 3D, features an app, and a full-bore digital halo. “David and series producer Anthony Geffen made a podcast which was on iTunes, and the iPad app allows the viewer to control the time-lapse sequences in the series,” explains Morris.

“We were very active on Facebook and Twitter around the release. We also worked with Nintendo to create content for the 3DS which was pre-loaded on five million consoles, and is available for free on the Nintendo store. That gives us real marketing muscle and generated a huge amount of press and viral activity, which draws eyeballs to the show’s website.”

Doc series A Day in the Life is produced by Spurlock’s Warrior Poets and fronted by the man himself. It follows well-known figures around for 24 hours and was digital platform Hulu’s first longform original show.

Making a show for Hulu is, according to documentary maker Spurlock, about the freedom. “Working on A Day in the Life means smaller budgets, but that could be regarded as an upside in itself, in that it focuses the mind on what is really important, and frankly you can’t put a price on the creative freedom that I have been given,” he says. “The great thing about A Day in the Life is that it could run forever, there is no end to the people we can document. We will continue casting our net wide, showing the lives of a broad range of people, partly because I find it interesting, and partly because the audience of digital natives has very eclectic viewing tastes.”

After a first window on Hulu, A Day in the Life is distributed by FremantleMedia International. “The provenance of factual content – whether from digital players or linear TV – is increasingly irrelevant as distributors like FremantleMedia International and viewers become more and more platform agnostic. It’s just another outlet and we’ll go wherever the content is, provided it is high quality and engaging,” says Jamie Lynn, executive VP, sales and distribution, EMEA at FMI. “Does that mean we’ll see the end of the traditional factual broadcaster or producer? I don’t think so. The new platforms will be additive rather than substitutive. It’s simply that content from traditional broadcasters will be supplemented by programming from new platforms.”

The great thing about A Day in the Life is that it could run forever, there is no end to the people we can document – Morgan Spurlock, Warrior Poets

These are, Lynn believes, exciting times thanks to non-traditional players getting a foothold in the industry. “Hulu is one of a small number of major players from the OTT space to have gained a global reputation for creating high quality, high demand multi-platform content, despite being a relatively new entrant to the market. The brand is a hallmark for innovation and our linear broadcast clients are extremely interested in seeing what they have done, and what they may have coming down the line.”

In contrast to Hulu’s use of traditional distribution networks, a growing number of companies use the web to grow an audience for shows that might otherwise never go beyond the pilot stage.

South African producer Earth Touch’s earthtouch.tv destination was initially set-up as a classic ‘long tail’ site for the company’s HD off-cuts. It then morphed into an online version of a traditional TV channel. “We’d built an audience, and it occurred to us that we could use the site to try out new, cutting edge material covering controversial topics that broadcasters wouldn’t necessarily jump at,” Earth Touch’s online manager, Stephen Embleton says. “When we launched the nature series Wild Sex, we were well aware that the one thing that most nature docs don’t talk about is sexual behaviour. But we approached the topic seriously, bringing in Carin Bondar, a leading biologist, to produce a show that fused solid science with entertainment value.” 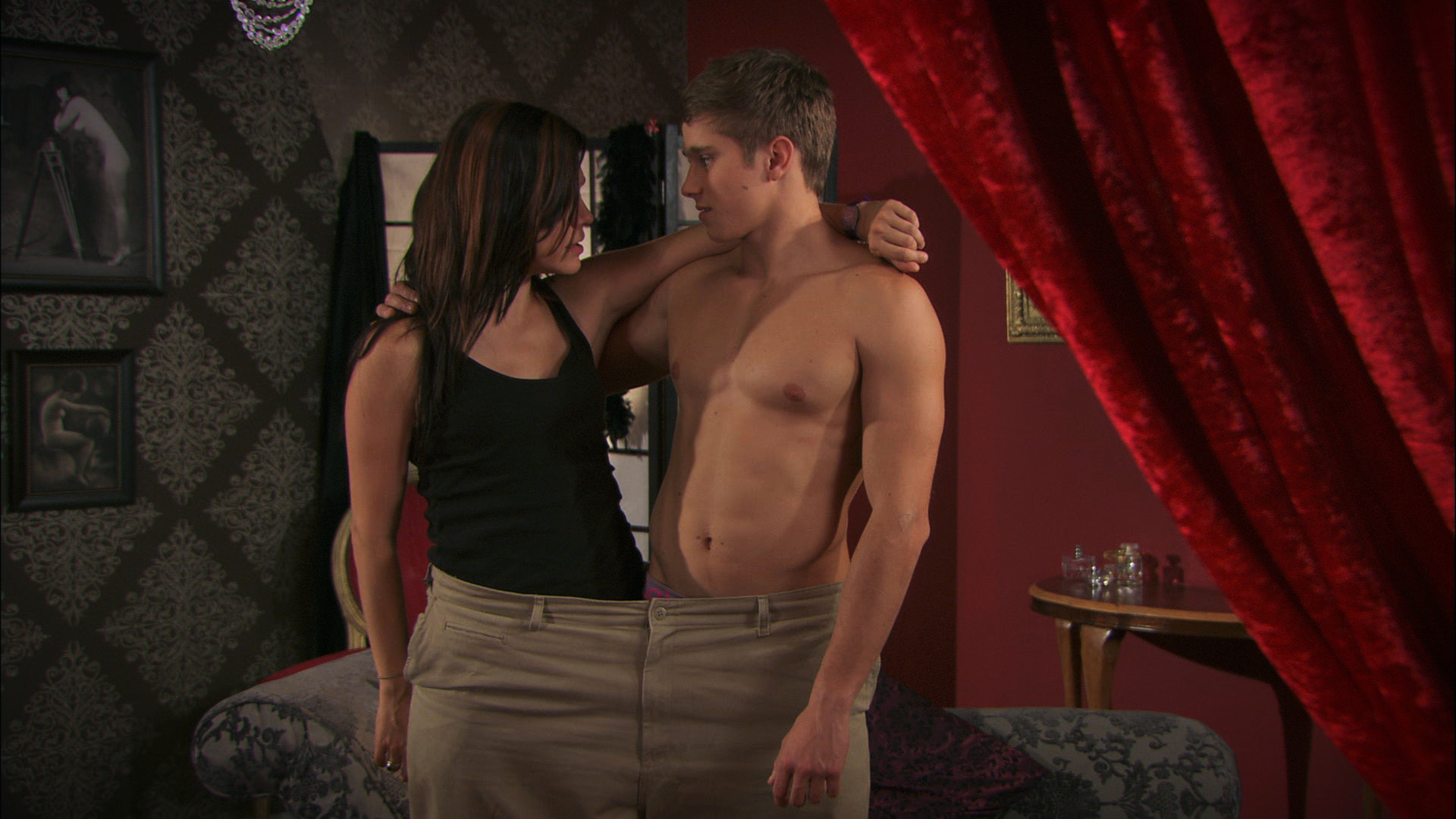 Earth Touch took the digital connection one stage further by sourcing every single clip on the show from the internet. “Normally with a clip-based show we’d go to Getty Images or the BBC, but in this case we found all the clips we used on the web,” Embleton says. “As you can imagine getting the permissions was a long process, and there are significant disparities in quality, which we used to our advantage. Being web-based, the length of each episode is determined by what happens, the longest being 12 minutes.”

Ten episodes were put up on the site, and almost immediately it was clear that the show’s appeal went beyond earthtouch.tv’s core audience. “Some of our regulars were surprised, and in order not to alienate them, we carried on putting up more traditional natural history shows. We have two seasons of 10 episodes of Wild Sex online, and have had well over 500,000 views in two months. When broadcasters see that, of course they take notice, plus we can repackage the show for a mainstream audience if needed.”

Monetisation however, remains complex. “We’ll do a third season if we can find a sponsor,” Embleton says. “Carin, our biologist, did a lot of networking, which helped to drive views, and we have our social media team working on it, so we’re quietly optimistic. We also got a lot of attention from traditional media, which drove eyeballs our way. It proves that there is a connection between broadcast and online, contrary to what a lot of people believe,” Embleton concludes.

Alongside its move into docutainment, History Channel is also spinning off web-only series based on shows like Counting Cars and Swamp People.

“The webisodes take the TV shows as their base, but in Counting Cars [which follows a car restoration and modification garage] it’s about when the store closes, and with Swamp People [about Cajuns who hunt alligators], it deals with the hunters out of the hunting season,” says Christopher Barry, MD, international strategy and digital at A+E Networks. 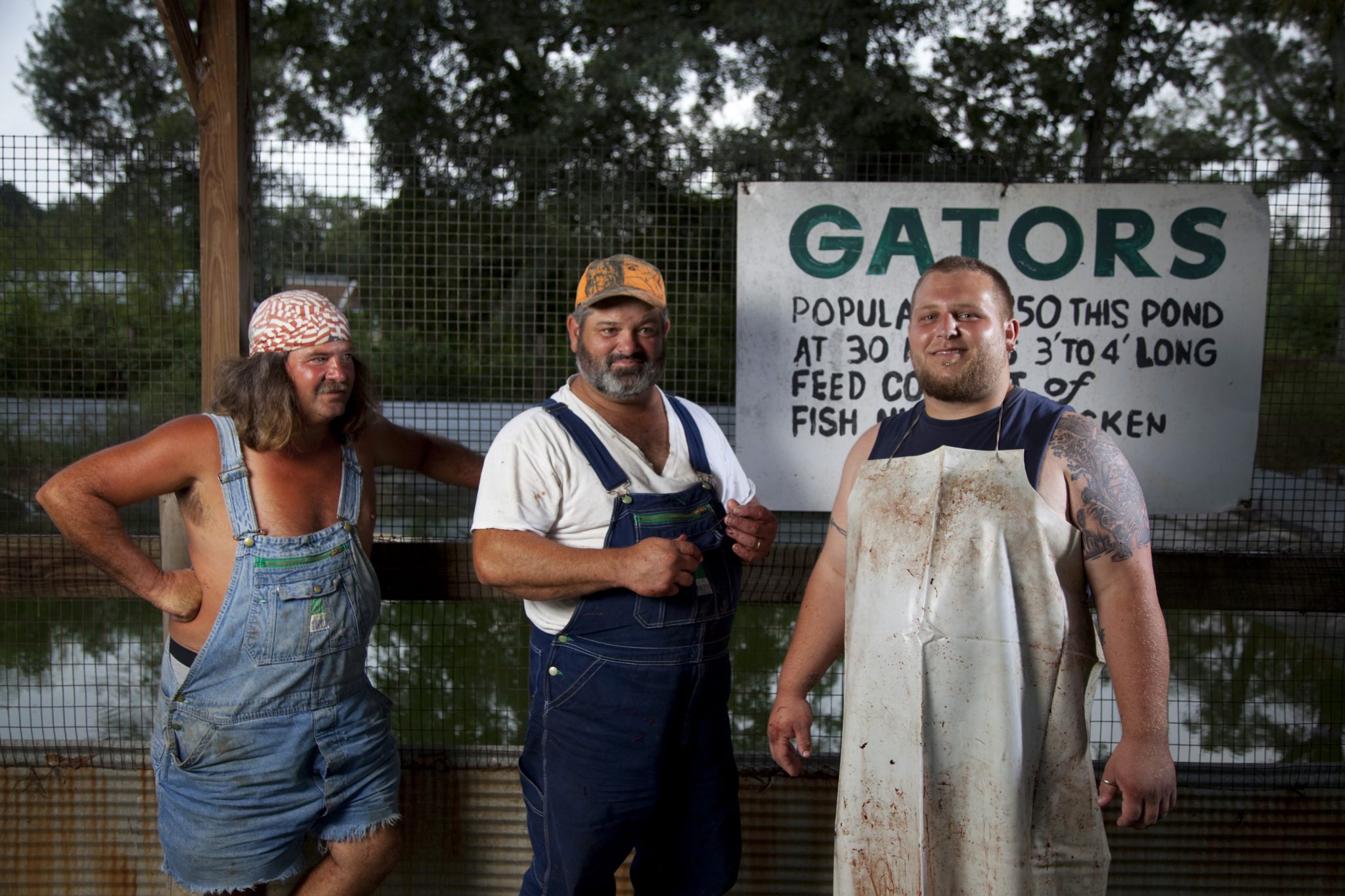 “We also mounted a major social media campaign around Duck Dynasty, with 21 short teasers introducing the very quirky Robertson family, and you could ‘beard yourself’ by uploading a photo to the website. We also launched whattheduck.tv in the UK and got #whattheduck trending on Twitter, plus we ran a campaign of memes based on some of the words of wisdom that some of the family uttered on the show.”

By way of a demonstration of how international such digital ‘jewellery’ can be, the 21 teasers broke all company records attracting over 400,000 views in Latin America, and Beard Yourself pulled in 150,000 uploads.

The reality for doc-makers is that these days, ubiquity is the key. “Our focus is to cover all the bases because you have to be everywhere in order to bring personality to your programme brands,” Barry adds. “And we are seeing real value from the very obvious stuff like our Facebook page. It builds brand ambassadors who evangelise, but we’re still examining whether social media buzz drives viewership. What we are not doing is running old content on our sites, because it’s mainly licensed out already.”

Filmmaker Velcrow Ripper says he is using online platform Yekra and an affiliate system that leverages an entirely new form of distribution for his recent protest documentary Occupy Love: “Yekra is hosting direct sales on our Occupy Love website. In addition we are utilising their affiliate system, which allows online hosts to promote the film on their own websites in exchange for a percentage of sales,” he says.

“Often these websites will write a blog or review of the film, which includes a click through link that drives all traffic to our website as the point of sale. This form of decentralised distribution will greatly increase our reach, and enable us to reach targeted niche markets outside the traditional venues. Our next big push will be doing outreach to encourage related websites to become partners with the film, to become Occupy Love partners.”

Ripper is in no doubt as to the liberating potential of the digital world. “It is the future. As we grow our social media presence, our reach will continue to build from project to project, enabling us to effectively become our own channel,” he says.

“On an average week our Facebook page reaches 2-300,000 people. On a great week, we are reaching close to 900,000. Our YouTube channel has over a million views, and this will only grow over time, as we put a lot of energy into social media, a key driver in the new digital world. We also launched an iPhone app called Found Love. It’s free, and encourages interactivity and audience engagement on our core theme, which is love.”