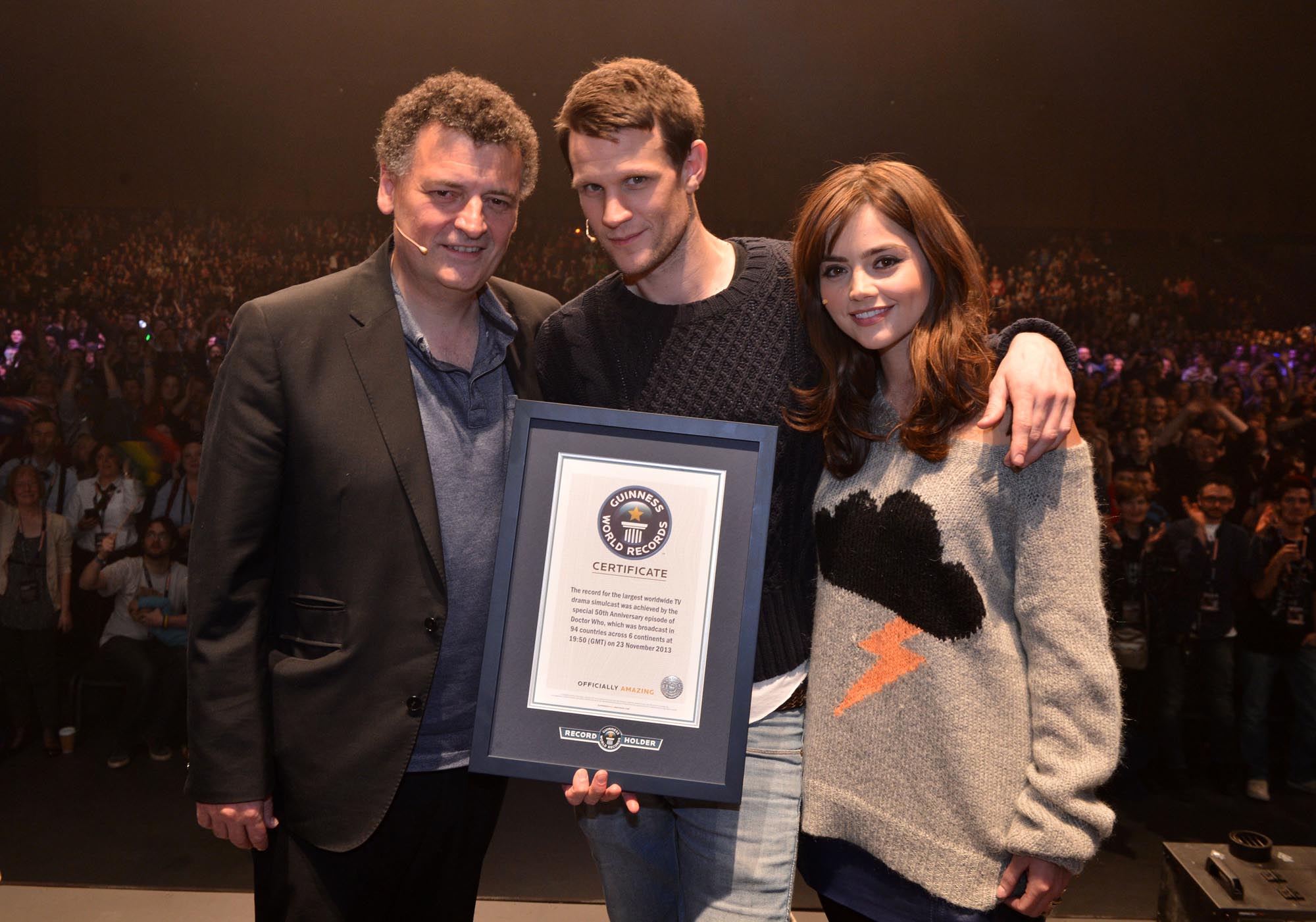 The fiftieth anniversary episode of Doctor Who has entered the Guinness Book of World Records as the largest simulcast of a TV drama in history.

The episode broadcast simultaneously in 94 territories yesterday and in more than 1,500 cinemas in UK, US, Canada, Latin America, Germany, Russia and Scandinavia.

More than 500,000 tickets were sold for 3D screenings. In the US, an initial 10,000 tickets sold out in 28 minutes and the Cinemaxx theatre chain in Germany reported the special episode had become its fastest non-movie presale.

Cumulatively, the figures mean it qualifies for a Guinness World Record.

Tim Davie, CEO of Who rights owner BBC Worldwide said: “We knew we were attempting something unprecedented in broadcast history, not only because Doctor Who is a drama, unlike a live feed event such as a World Cup football match or a Royal Wedding, but because we had to deliver the episode in advance to the four corners of the world so that it could be dubbed and subtitled into 15 different languages.”

The episode, title The Day of the Doctor, saw the introduction of the twelfth incarnation of the eponymous Doctor. Thick of It star Peter Capaldi is set to replace Matt Smith (pictured above centre, with showrunner Stephen Moffat and co-star Jenna Coleman) in the role.