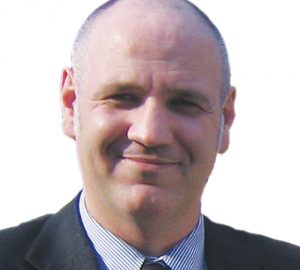 The news back in September that Amazon CEO Jeff Bezos had bought the iconic Washington Post newspaper for a paltry US$250 million – a fraction of what the paper was once worth – resounded through the media world like a thunderbolt.

Although reaction was mixed the prevailing view was that Bezos had a track record of backing winners and that if he was prepared to invest then maybe those old paper giants had some life left in them yet.

So, what does this have to do with the TV industry? The answer is simple; plenty – because the global press giants are now transforming into subscription-based digital content aggregators and are chasing the same discretionary dollars that the TV industry is already pursuing.

The game has changed for newspapers as their ‘analogue dollars’ have been replaced with ‘digital dimes’ as their advertising base revenue is decimated by the Internet, and most press giants have concluded that the only answer are digital paywalls.

In the UK the various papers are charging from as low as US$13.50 per month (The Sun) to as much as US$29 per month (The Times) with an increasing number of titles going behind paywalls.

“We are going to see players like Amazon, Google and Apple acting as a middle-man for digital content – especially powerful but struggling newspaper brands – in the same way pay TV operators have for TV channels”

The Times – the first non-business title to go behind a paywall – has already reached 330,000 paying digital subscribers since launching its paywall in 2010.

The fascinating point about paywalls is that newspapers are expecting subscribers to buy their digital content in a completely different way to how they buy their TV content.

That is to say that in the TV market content aggregators like Sky, Virgin or BT act as a middle-man between customers and pay TV channels like National Geographic, UKTV or the History Channel.

It is pretty much unthinkable that subscribers would hand over $15 per month direct to A&E Networks to watch the History Channel yet that is basically the model being adopted by the newspapers – although that might change.

Just this week we saw Bezos’ own company – Amazon – strike a deal to bring all of the digital versions of mega-publisher Conde Nast under its All Access digital subscription platform.

The deal means that subscribers with Amazon All Access accounts can buy instant digital access to blue-chip titles including Vogue, Glamour and Vanity Fair on their PC, Tablet or Smartphone – combining Amazon’s extraordinary distribution with Conde Nast’s powerful content.

Effectively, in the digital world we are going to see players like Amazon, Google and Apple acting as a middle-man for digital content – especially powerful but struggling newspaper brands – in the same way pay TV operators have for TV channels.

Alredy in the UK market global telecoms giant Vodafone has teamed up with the Telegraph Media Group to offer a promotion giving subscribers an iPad, 2GB of monthly data and a digital subscription to The Telegraph for US$54 a month, with rival Orange having offered a similar deal for access to The Times.

“The better funded newspapers have been working hard on their digital content, expanding their range of content to include a great deal more video content – including an increasing amount of content from third-party providers”

Although there is clearly huge potential for these powerful ´old media’ brands to be used by the new age digital giants like Amazon or global telcos like Vodafone these press giants still want to have their own stake in the game.

It has been clear for some time is that the better funded newspapers have been working hard on their digital content, expanding their range of content to include a great deal more video content – including an increasing amount of content from third-party providers.

The aim is to become providers of high quality exclusive digital content that subscribers place value on and are prepared to pay for – and that is an approach that the TV world needs to pay close attention to because it is a competitive threat.

Sure, even the best press titles may be in financially troubled times but they still have very strong brand power and very large and loyal readerships – even if those readers have been getting a free digital ride in recent years.

Titles like Mail Online and The Guardian – which generate a staggering 8 million and 5 million daily page views respectively – have real opportunities to become major digital content aggregators as well as content producers in their own right.

Ultimately, every dollar that the press giants are able to win in the digital market is a dollar that subscribers won’t be spending on TV content from a Netflix or anyone else – and that is something that the TV industry needs to make sure it does not forget – those old paper giants are not dead yet.