WOWOW: from Japan to LA to the world 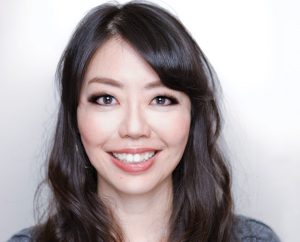 Kayo Washio runs the LA office of Japanese pay TV channel operator WOWOW. She set up on the West Coast in 2010. An established buyer of US series and movies, WOWOW has just got on board its first international originals and Washio wants to reach out to the global TV community to scope out more coproduction opportunities

Japan’s WOWOW could be likened to the country’s HBO. It operates a suite of premium channels and is interested less in ratings than subscriber numbers, which stood at 2.6 million at last count. The HBO comparison rings all the more true given that one of the acquisitions made by last year was The Newsroom.

WOWOW’s Prime channel has slots for seven non-Japanese TV series a week. It also shows big entertainment events from the West including the Oscars and the Grammy Awards. On the features side there are movie output deals feeding content through to the WOWOW Cinema channel.

“WOWOW is unusual because Japanese nets carry Japanese shows, but our main content is from overseas,” says Kayo Washio who runs the Japanese broadcaster’s LA office. From this year’s LA Screenings she identifies The Blacklist as the show that she most admired.

The Newsroom, with its high line in morality and messages about the importance of teamwork, was well suited to Japanese viewer’s tastes, Washio says. Also from the HBO family WOWOW has Left Bank-produced action series Strike Back, which is on Cinemax in the US. Other notable acquisitions include Kiefer Sutherland drama Touch and the CSI franchise, which remains WOWOW’s best performing acquired series, and it shows US TV stalwart comedy performers The Simpsons and Friends.

There have been select acquisitions from France and the UK, including the original The Office, but the focus is on the States. “The American drama market is the best for us,” Washio states.

For international distributors, particularly those with US series on their books, Washio is a good contact to cultivate at MIPCOM. But the US-based Japanese executive is a person to meet in Cannes for a wider range of content people given WOWOW’s latest initiative, a move into international coproduction.

In a first of its kind agreement for a Japanese premium broadcaster WOWOW has signed on for a six part international copro, Cathedrals of Culture.

In the Wim Wenders (Buena Vista Social Club)-led project, famous filmmakers use a particular building as a window into the culture of a given society. Wenders has contributed and directed an episode of the 3D series focused on the Berlin Philharmonic, and is executive producing through his production company, Neue Road Movies.

Danish director Michael Madsen (Into Eternity) has another episode and looks at Norway’s Halden Prison, while Austrian filmmaker Michael Glawogger (Megacities) focuses on St. Petersburg’s National Library and James Marsh (Man on Wire) London’s St. Pancras train station. Brazilian director Karim Aïnouz (The Silver Cliff) is also on board although the building he will feature has yet to be confirmed.

Actor and filmmaker Robert Redford will also contribute an episode and in his instalment look at the Salk Institute in La Jolla, California.

WOWOW, which has a regular slot for 3D programming, is one of several copro partners alongside Arte, Rundfunk Berlin Brandenburg, Final Cut for Real and Les Films d’Ici.

The series debuts next year and distributor Cinephil has presold it to broadcasters including DR in Denmark, BSkyB in the UK, Canal+ in Spain and Poland and SBS in Australia.

Washio got on board the series at MIPTV earlier this year and says it is the first time a Japanese premium channel has invested in an international coproduction.

“The project surprised me,” she says. “While our partner HBO produces a lot of docs about social issues, that’s not an area we cover; we’re focused on entertainment content all of the time and we wanted a documentary related to entertainment.”

A second copro deal is underway with WOWOW, Berlin-based Boomtown Media and Sony Classical teaming for a feature doc on classical musician and ‘bad boy of the organ’ Cameron Carpenter.

Cameron Carpenter: The Rebirth of Majesty will follow the virtuoso musician with live concert and behind the scenes footage of him at work. Boomtown’s international sales division, Boomtown Media International, started preselling the project at MIPCOM.

The next step is drama and WOWOW and free TV broadcaster TBS are coproducing a scripted series based on a hard boiled detective novel.

The pair are creating Mozu as a double season commission. The series represents the second time TBS and WOWOW have coproduced a drama, coming after their 2012 Infernal Affairs television remake Double Face.

Unusually for competing broadcasters, the channels have agreed to an innovative model in which TBS will launch season one in April 2014 before entertainment net WOWOW Prime launches season two in the summer.

Mozu centres on two central characters that engage in a “thrilling and intense game of cat and mouse”, according to the producers. It is based on author Go Osaka’s noir novel Mozu no Sakebu Yoru.

Season one will follow a grizzled detective tracking down the perpetrator of a bombing that claimed the life of his wife, while season two will expand the story to include an international conspiracy.

As a buyer and investor in original content for the usually insular Japanese market, Washio and WOWOW are set to become increasingly familiar to the international content community.