Producers in Australia and New Zealand are creating a new wave of international-friendly scripted series for their distribution partners to take to market, but the popularity and lower cost of formats and reality shows poses a threat to the sector, report Dan Barrett and Stewart Clarke.

Expectation. Its shadow carries considerable weight across Australia and New Zealand. While both countries are small in terms of population, viewers still demand high quality content that strives to match the visual and thematic strength of well-regarded foreign imports.

A Screen Australia report into Australian drama has found a significant drop in the number of hours of TV drama being produced. With a largely consistent decrease year on year, there has been a drop from 847 hours of drama produced in 2000/2001 to 227 hours produced through 2011/2012.

The assumed production costs associated with the expectation of local audiences for high quality drama on par with that of imported series is not, however, to blame for the reduction in hours. Expenditure per hour has remained largely the same for many years.

Australian producers have a head start in terms of coproduction in several parts of the world thanks to funding and industry body Screen Australia. It has signed copro treaties with Canada, China, Germany, Ireland, Israel, Italy, South Africa, Singapore and the UK and also has memorandums of understanding with France and New Zealand, oiling the wheels of cooperation between Australian and international partners. But it is what the local broadcasters commission that dictates trends in the genre. 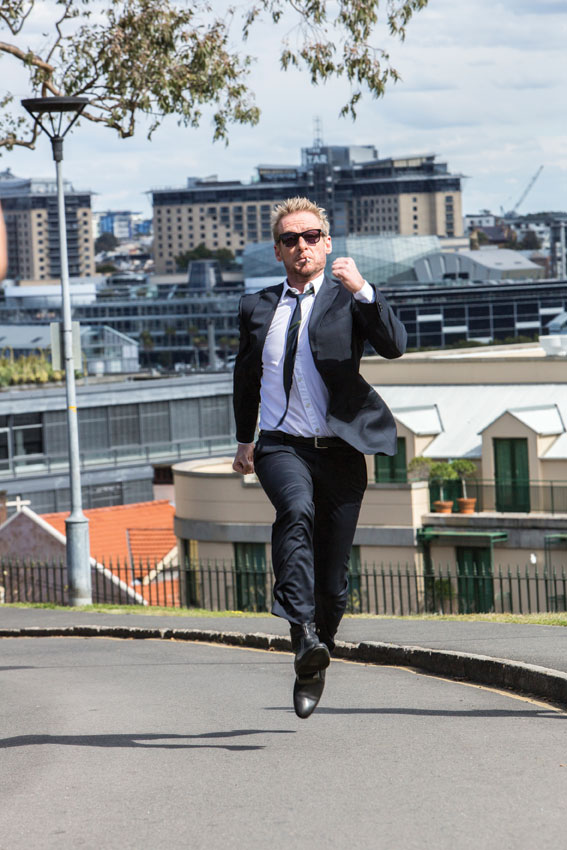 On pay TV the order of the day is channel defining shows such as FremantleMedia-produced and distributed Wentworth. The inaugural episode of the Prisoner Cell Block H reboot was the most-watched show ever on Australian pay TV aside from sport when it launched in May on pay TV operator Foxtel’s SoHo channel. A second season was duly ordered.

There are several very high profile series on the horizon, such as the ABC Television/HBO period collaboration Serangoon Road, which counts Great Western Entertainment and Infinite Studios as copro partners.

Brisbane-based Hoodlum Active also has a new series Secrets & Lies. Cineflix Rights is selling the show, which is for Ten Network and tells the story of a man accused of murdering a four year old boy and the effects it has on all concerned.

“On one level, it’s a ‘search for a killer’ story that gets played out over six weeks with ever changing whodunit elements and on the other hand it’s a great exploration of a family in crisis,” says Cineflix Rights’ senior VP of acquisitions, Noel Hedges. He says that there will be international interest in the show in northern Europe, Scandinavia, the Benelux and in the UK where the serialised crime genre is enjoying a surge in popularity.

Australian-originated drama no longer lives in the shadow of content from other English-speaking markets, Hedges adds. “In the past, Australian drama has suffered somewhat in comparison to UK or US drama in terms of international sales, however I think a corner has been turned where buyers are now expanding their horizons to more international drama and really noticing the top quality that is coming out of Australia particularly, both in terms of writing and production.”

The Moody’s is now set for a US remake with CBS Studios at the helm and international finished and format sales have increasingly become an important source of income for Australis’s production companies.

Matchbox is one of the country’s most successful producers. It makes Sam Neil series Old School for ABC and is producing two landmark dramas for Foxtel: Return to the Devil’s Playground, a six-part sequel to the 1976 movie, and The Gallipoli Story.

Managing director, Chris Oliver-Taylor says that awareness of the international market among producers has been the biggest evolution in the Australian drama scene in recent years. The change, he says, has been driven by a change in the funding models in Australia with a healthy 20% tax break for qualifying dramas and a direct injection of funds by the ABC.

“These two policy instruments have allowed an increase in drama production; they have in turn allowed a greater volume of development, which has seen international distributors turning their attention to Australia,” he says. “In order to finance shows in Australia you need [generally] an international distributor so by definition you have to develop your dramas with a broader market in mind than just Australia.”

NBCUniversal bought a majority stake in Matchbox in 2011 and this year the producer struck international gold with US broadcaster NBC ordering thirteen-part series, Camp. The show follows the adventures and misadventures of people at a summer camp. It launched on NBC this June.

“Producing an Australian produced programme purely for the US market was unusual to say the least, but we proved that it can be done,” says Oliver-Taylor. “It has given us additional access to the US and with Camp on air and two of our other dramas [The Slap and The Straits] in development with US networks as well, we feel well positioned and are keen to continue to lever off the market opportunities as they arise.”

Legal drama Rake has also had the US remake treatment and will hit Fox’s fall schedule this year. UK-based DCD Media distributes the original Rake and is one of the most active of the international distributors in terms of picking up Australian scripted content with rights to eight series in all and some TV movies. “Four of five years ago we announced a distribution fund and that happily coincided with increased funding for drama from Screen Australia,” explains Nicky Davies Williams, CEO, DCD Rights. “We got on a plane and went down there and met the producers and like their attitude.”

DCD got involved with Rake at script stage and then took rights to shows including Matchbox’s The Slap (picking it up before the NBCU-Matchbox deal) The Straits, The Strange Calls, A Moody Christmas and Rake.

Kiwi producers have also started to break into the US market. New Zealand’s South Pacific Pictures CEO Kelly Martin oversaw the recent sale of The Almighty Johnsons to US cable channel Syfy. The programme, a dramedy about Norse gods walking among us in New Zealand, will see its ten episode first season will air on Syfy in 2014, followed by the 13 episode second season. The deal is noteworthy as it marked the first time a finished Kiwi series had sold into the US.

On the subject of selling the format internationally, Martin says: “By the end of the first series we were seeing the potential of international adaptation. The idea of gods walking amongst us is terrific and holds great storytelling promise for television series in pretty much any country”.

The Almighty Johnsons has a quintessentially Kiwi tone and flavour and Martin says that initially foreign sales were not top of mind.
“The show was definitely made for a New Zealand audience first and foremost, and while it doesn’t deal directly with local culture per se, it’s very reflective of New Zealand culture in its tone,” she says. “The vast majority of drama in New Zealand – basically everything except [soapy medical drama]  Shortland Street – is financed by a funding body, New Zealand On Air, and it’s a requirement of the funding that shows are of New Zealand and reflect New Zealand”.

Being a genre series, The Almighty Johnsons translates remarkably well to foreign markets. Martin agrees, but believes universal themes are more important than a high-concept. “A show like Go Girls is also very New Zealand-centric, but, in reality, every market in the world has versions of this idea – a group of friends growing up and going out into the world. The Almighty Johnsons is an original and distinct show concept, which translates easily in to other markets. And yes, there is truth in the fact that ‘genre’ shows tend to have a very loyal audience that is hungry for new and interesting content”.

New Zealand is not alone in having a high-profile international sale in recent months. FremantleMedia Australia has notched the first foreign acquisition of Wentworth. Donna Wiffen, head of worldwide drama at FremantleMedia says: “There has been a lot of interest in Wentworth from broadcasters worldwide. We have sold the series to TVNZ in New Zealand and it successfully premiered on Channel 5 in the UK, where it achieved a 10.8% share, which was 121% above the channel’s primetime average. The outstanding ratings have made Wentworth the best performing Australian drama in primetime in the UK in at least the last eight years”.

The finished show has sold well and the format rights are also on the table. Wiffen says: “We have had a lot of interest in both the Wentworth format and the Australian finished version. In fact, we are currently in negotiations with potential partners to license out the format rights for local versions.”

Interest in Antipodean series is generally building, according to Wiffen. “We are seeing an increase in Australian series selling internationally and interestingly, I think that we will see more content travelling from this region. Last year, [DCD Media’s] The Slap sold very well internationally, FremantleMedia International sold Winners and Losers to over 100 territories worldwide and now Top of the Lake is doing well too. In the future people will be looking more towards this region for top quality scripted content”.

BBC Worldwide has shopped Jane Campion’s mystery miniseries Top of the Lake, which follows Mad Men star Elisabeth Moss as she investigates the disappearance of a young girl, into 97 territories with sales in Scandinavia to TV2 Norway, SVT in Sweden and DR in Denmark, in Canada to Space, and across Latin America to HBO. It is made by London and Sydney-based See-Saw Films.

Despite the shift by Australian broadcasters to schedule more news and light entertainment series, it has not diminished the appetite for locally produced scripted content by audiences. While it may cost just A$14,000 to produce an hour of news, the audience receptiveness to scripted content and the prestige that comes with it is difficult to ignore. The number of production hours may have shrunk, but the quality and reach of Australian and New Zealand productions has never been better.

“All we need now is an increase in the producer offset and a reduction in the Aussie dollar and Australia will really be a major powerhouse when it comes to drama,” concludes Matchbox boss Oliver-Taylor.