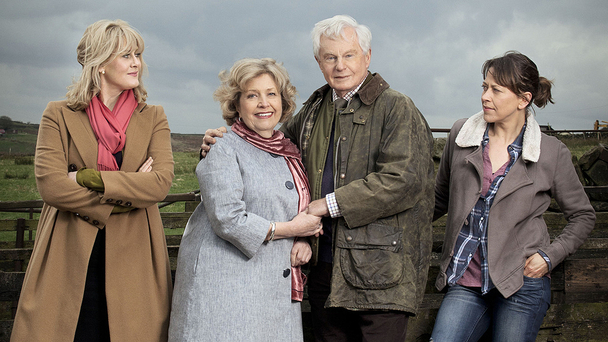 The studio, which is part of the Vivendi-owned Canal Plus Groupe, has already staked a claim in the TV world with the acquisition of Munich-based Pillars of the Earth and Crossing Lines producer and distributor Tandem early last year.

A move for Red would be a major signal that StudioCanal wants to establish itself as a force in TV drama as well as film, where its credits include Terminator 2: Judgement Day, JFK and Bridget Jones’s Diary.

Well-placed sources confirmed a deal is in the offing.

TBI understands that StudioCanal and Red and have been talking for some time and are now in advanced and exclusive negotiations. Should both parties reach agreement, it is likely to be announced as soon as November or December.

Red is the producer behind a string of hit shows. Its current offerings include BBC One’s 6x60mins romantic comedy drama Last Tango in Halifax (pictured), distributed by BBC Worldwide, and 6x30mins Pat and Cabbage, the ITV series about a pair of young-at-heart divorcees.

It works with a range of distribution partners on its series and past credits include Bedlam (distributed by BBC Worldwide), Clocking Off (ITV Studios), Hit and Miss (FremantleMedia) and Queer as Folk (DRG).

Red is run by Nicola Shindler and StudioCanal by Olivier Courson. Both companies declined to comment.