Raft of post-MIPCOM sales and new shows for DQ Entertainment 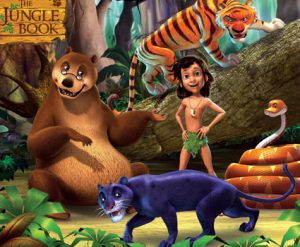 DQ Entertainment has concluded a raft of programme sales and is working on a slate of four new shows.

The India-based, UK-listed kids producer and distributor has sold its animated Robin Hood animated series to Discovery Asia, two seasons of The Jungle Book (pictured) to Nickelodeon India, which has also picked up Suraj, The Rising Star and Galactic Football for the Indian sub-continent.

The four new productions are: Yonaguni, Dwarfs and Me, The New Adventures of Peter Pan and 5 Children and It.

Dwarfs and Me will be made by DQ and French studio Method Animation. AB Groupe has also come on the CGI and live-action series. DQ and Method are also teaming for 5 Children and It, a 52x11mins CGI series based on the eponymous turn of the century kids book by Edith Nesbitt.

There is also a second season of Peter Pan.