Fox International Channels has acquired a package of new Disney-distributed TV series for its channels across Asia. 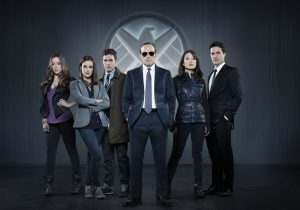 The deal between FIC and Disney Media Distribution gives the channel operator first pay TV window rights to Marvel’s Agents of S.H.I.E.L.D., Once Upon a Time in Wonderland, Trophy Wife and Killer Women.

The new deal means Marvel’s Agents of S.H.I.E.L.D. will debut on Fox and Star Movies channels in the region this month and next.

Sitcom Trophy Wife will also launch on Star World, staring next month. Killer Women, a drama based on a telenovela from Argentina, is a midseason show for ABC in the US and will bow on Star World at an unspecified date in 2014.