As the global media superpowers march into ever more sectors, A-list actors, musicians, fashion gurus and novelists are taking control of television projects. Jesse Whittock reports on the rise of the celebrity superproducer.

In the past, the glamorous worlds of film, sport, pop music and fashion looked down their noses at TV from behind the VIP barrier. But today, that’s changed and the TV set is fast becoming the coolest place to be seen and that could be in drama, reality or factual projects.

A-listers from all corners of the entertainment industry are flocking to work with broadcasters and TV producers, with the likes of Kevin Costner starring in A&E’s Hatfields & McCoys and scoring a co-development deal with Lionsgate venture Sea To Sky Entertainment and Jennifer Lopez becoming chief creative officer of English-language Hispanic US cable channel NUVOtv.

Ubiquitous US presenter Ryan Seacrest is another example, moving into scripted production by getting urban sitcom Mixology away on ABC. “Ryan has been a successful producer for some time now,” says ABC Entertainment president Paul Lee. The pick-up represents the “overriding trend that has also seen feature talent move to TV [after realising] that there is a business opportunity as well as benefits from a creative perspective”.

“Just a few years ago, you saw this influx of talent into scripted television: writers, directors, financiers, producers, executive producers and actors,” confirms Sonar Entertainment’s CEO Stewart Till. “Before that, scripted television was the poor relation of feature film but now everywhere you turn the cream of the business is operating in TV.”

Private is a drama coproduction between Sonar, de Niro’s TriBeCa Productions [see box] and James Patterson Entertainment and will rework the tales Patterson spun in his espionage series of the same name for TV.

After meeting the Patterson team two years ago and striking a deal for the books, Sonar brought on scriptwriter Jon McLaughlin (Black Swan) and then looked for a producer. “It’s set in New York, though the books are set in LA, and so we looked to the preeminent New York production company: TriBeCa,” Till says.

De Niro and Patterson will both executive produce the project, which will follow former CIA agent Jack Morgan, who runs an elite investigation firm.

“Those guys obviously have other incredible talents but they are also exceptionally smart business people. Not every actor and writer you meet is a great businessman but people of this calibre, with the sustained success they’ve had, just are,” says Till.

The show isn’t the only upcoming drama with mega-celebrity involved. Starz has been following a similar model, searching for talent to pepper its schedule. 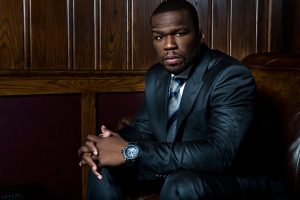 The premium cable channel’s managing director, Carmi Zlotnik, says of the trend: “The principle reason why people branch off is they are creative individuals that have stories and ideas that may go beyond just what they are best known for.”

Curtis Jackson, aka rapper 50 Cent, falls into that bracket. Starz has commissioned Power (pictured), an original drama series that Jackson will executive produce alongside concept creator and showrunner Courtney Kemp Agboh. It will tell the story of James ‘Ghost’ St. Patrick, a wealthy nightclub owner who lives a double-life as New York City’s premiere drug pusher to the rich and famous.

Jackson has called the 8x60mins series, which begins filming this year, a “passion project”. He, Kemp Agboh and Hollywood executive Mark Canton initially pitched the series direct to Starz, with the latter pair explaining how Jackson’s experiences with urban gang culture would be paired with Kemp Agboh’s exploration of race, class and culture.

What really caught Zlotnik’s attention was “when 50 Cent began talking about the different gangs and territoriality that exists in the different boroughs and how each has a different persona and business outlook”.

This in part lead to the belief all parties were aligned in their goals, Zlotnik says. “We are of like minds with 50 in that we want to create something new and fresh that’s not been seen before. He wants to bring that to his audience and we want to bring that to ours; we’re united in that purpose.”

The influx of talent to TV hasn’t been restricted to the scripted genre. Actor James Franco is one of the entertainment industry’s few genuine polymaths and has turned to television for his latest project.

The ten-hour James Franco Presents (pictured, top) is soon to launch on arts-skewed cable net Ovation, with Ovation Studios and Franco’s Rabbit Bandini Productions attached to create the net’s biggest ever original series. “It’s going to be showing the world of art through James’ eyes – all the things he’s involved with either directly or by giving others a showcase,” says Ovation’s chief creative officer Robert Weiss. “The ten hours is just a start – we hope to do a lot more over the next couple of years,” he adds.

The series came about after Weiss identified a list of celebrities – or “famous artists” as he defines them to separate them from reality TV fodder – and approached their management teams with potential ideas based on their personal passions.

“I thought it was very unusual to find someone who is so famous around the world that really cares about the arts. We approached his management team with about three ideas, which they vetted before speaking to James. James Franco Presents was the one he gravitated to.”

The star has been “fully hands-on” in production, insisting he presents each segment of each episode to give them the right context. For Ovation, the brand value-match is one made in heaven.

“Ovation is a mission-driven media company, and our mission is to bring attention to the arts; we don’t just want great ratings. Knowing that is our mission, the key thing for us are ‘celebrity superpowers’. Celebrity gets a disproportionate amount of attention in our culture, so if we can tap into that through someone that cares about the arts, it’s a win-win.”

Ovation is also working with Vogue editor Anna Wintour (pictured left) on what will be her first ever foray into television through a deal with the entertainment arm of consumer magazine publisher Conde Naste. Six-part reality series The Fashion Fund, will see the fashionista pitting emerging designers against each other in order to win a US$300,000 grant. “To do a TV show about fashion, you don’t get more authentic than Anna Wintour,” says Weiss.

Working with talent that is engaged is the key, he adds. “As a network executive, you don’t want those BS conversations with people that don’t know what they’re talking about. A conversation about a show with James Franco or Anna Wintour is a conversation with a really intelligent person.”

Actor and former WWE wrestler Dwayne ‘The Rock’ Johnson’ stars in the show, and his input was vital to production, Grant says. “Dwayne couldn’t have been more involved. He is a consummate professional that really understands the TV business. I work with all types and he’s a dream. He gets it – the business, the work, the relationships.”

Grant points the fact Johnson has fans in the wrestling world, the children’s entertainment world through movies such as The Toothfairy and the action movie genre.

“Famous talent can bring new audiences in with them,” adds Ovation’s Weiss. You get the Ovation audience and then a whole new audience that might not otherwise watch the channel.” 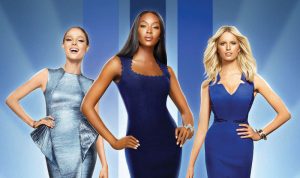 Shine International’s CEO Nadine Nohr describes supermodel Naomi Campbell – who is fronting and executive producing Shine’s new modelling competition series The Face (pictured) in the UK, US and Australia – as both a hands-on executive producer and a marketing tool to attract both consumers and programme buyers.

The legendary and often controversial Campbell, Nohr continues, “is such a personality in her own right” who “brings her own relationships and vision to the project”.

The Face launched on US cable channel Oxygen earlier this year, before the UK series debuted on September 30th on female-skewed pay TV channel Sky Living. The Australian version goes out via Shine Australia on Foxtel’s Fox8 channel next year.

The contacts book is also a key function of the celebrity exec, agrees Zlotnik, who notes that the doors Curtis Jackson can open to the urban New York City streets will be a key factor in the show’s production.

For Gil Goldschein, president of Banijay-owned US reality producer Bunim/Murray, the influx of talent to TV apes a wider business trend of portfolio diversification. “Looking at broader markets everybody says, ‘diversify, diversify, diversify’. That’s true whether you’re in bonds, equity or anything else. Whether you’re looking at networks in the reality, scripted and sports business, it’s boils down to the same thing: savvy talent.” 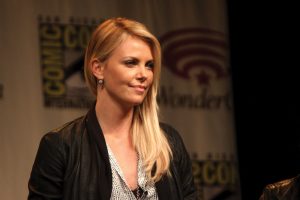 The JV’s first project is Glam Wars, a competition series for NBCUniversal make-up artists, which Denver & Delilah partner AJ Dix says comes directly from Theron’s memory of her make-up team making a mad dash through a Tokyo airport buying up blusher and mascara after their baggage was lost en route to a major appointment.

Denver & Delilah is already active in film and scripted TV – it produced an unsuccessful NBC pilot, Hatfields & McCoys (no, not that one).

Ocean Hall adds that Theron’s reputation will be a key selling point for broadcasters. “The benefit of having a face going out and promoting a show is everything a network is looking for, but it all depends on what that person’s brand is – it can work against you as well. We’re in the unique position where Charlize spreads across a lot of platforms and doesn’t turn off any particular group of buyers.”

As more and more famous faces flock to television and take an active role in programme making, executives are in agreement, the trend is here to stay. As Sonar’s Till notes: “In front of and behind the camera in all areas, talent is going continue operating in this space from now onward.”

Jane Rosenthal remembers the exact date she became business partners with Robert de Niro. “We’ve been working together for 25 years and counting – August 8 at 9.24am exactly,” she says.

De Niro had hired her to run his then-fledgling film prodcuer, TriBeCa Productions. The pair later launched the TriBeCa Film Festival. Rosenthal notes TV is a familiar hunting ground for the company.

“After 9/11 we launched the film festival, really as a way to bring economic activity back into town. We had already been doing TV production [by the time the festival launched]. We had done a series for Fox called TriBeCa and a miniseries for NBC called Witness to the Mob.”

Last season, the prodco, along with Working Title Films and Jason Katims’ True Jack Productions sold About a Boy, a remake of the 2002 Hugh Grant comedy film, to NBC. It was picked up for the 2013-14 season and will launch in mid-season.

Meanwhile, the Sonar-coproduced Private will go into production once a network commitment is in place, and Rosenthal says she and TriBeCa’s VP, development, Berry Walsh will be “very involved with every episode”. Goodfellas star De Niro will not be as hands-on: “He’s always there as an advisor or to get us through any difficult issues,” says Rosenthal.