Sander Schwartz out at FremantleMedia Kids 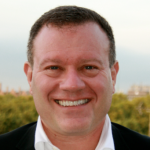 Schwartz (left) has been with FremantleMedia Kids & Family Entertainment for four years since its launch, during which time he built the unit up from scratch – with a sizeable kitty at his disposal – and turned FremantleMedia into one of the key global children’s TV producers through series such as Tree Fu Tom for CBeebies, CBBC’s Wizards Vs. Aliens and Grojband for Teletoon and Cartoon Network.

However, he is now exiting the company and will return to the independent production sector in LA, FremantleMedia confirmed to TBI today.

“It has been an honor and a privilege to work with the outstanding team at FremantleMedia,” said Schwartz. “Though I have decided that it’s time for me to take on a new challenge, I leave with great confidence in the company’s rich opportunity as a leader in family entertainment. It’s been an incredible experience to be able to build a division for such a respected company. I’m proud of the progress we’ve made and I know that FremantleMedia is on very firm footing for sustainable growth and success.”

Sources within FremantleMedia were keen to stress the departure does not signal an exit from the kids TV production business and that it is “business as usual”, with Schwartz’s number two Bob Higgins remaining in his production-focused role and a slate of 15 titles in the catalogue on the distribution slate. However, there will now be a focus on consolidating and exploiting the slate, it is understood.

Schwartz, a former Warner Bros. Animation chairman, joined FremantleMedia in 2009 from Sony Pictures Television to become executive VP of its then-new kids and family entertainment division and was subsequently promoted to president. He retained the role following Cecile Frot-Coutaz’s restructure of FremantleMedia back in February, which saw the FremantleMedia Enterprises unit scrapped in place of a more integrated international and kids arm.

This led to the exit of FME boss David Ellender, to whom Schwartz reported. Schwartz then began reporting to former HIT Entertainment COO Sangeeta Desai, who was drafted in as FremantleMedia COO and CFO in January this year.

“We would like to thank Sander for his contribution in launching the division and its successes to date. We wish him well in his future endeavours,” said Desai.

Earlier this year, Schwartz inked an unusual five year coproduction agreement with BBC Children’s that was intended to see the pair create a number of programmes together.

The deal has been lauded as a major coup for FremantleMedia. The BBC has been criticised in some corners for cutting down the number of opportunities for other independent producers with the agreement, although it denied that was the case, as FremantleMedia was the investor.