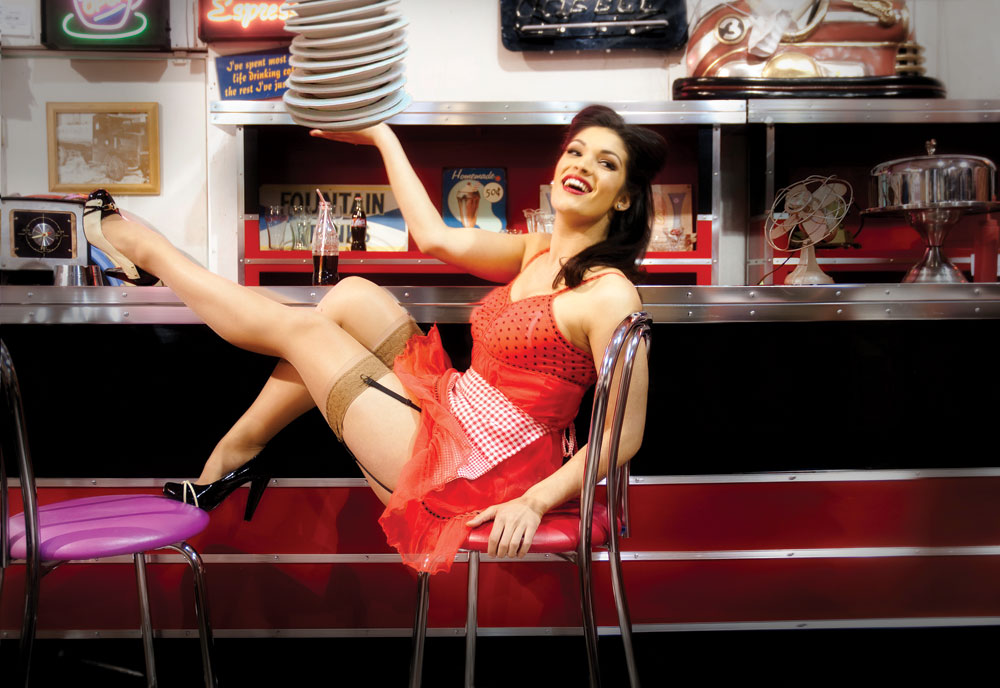 This series almost certainly represents the first time burlesque dancing, sci-fi and period dramedy have come together on any size or type of screen.

True Heroines is a project that began life in the nightclubs of the Canadian west, where the True Heroines burlesque troupe have been performing a risqué routine for years. When their act was picked up by movie producers Michelle Ouellet, Nicholas Carella and Nicholas Simon, the concept for a sci-fi/period web show based on the trio was born.

“An initial episode screened at one of these live shows and did so well that the producers decided to do a web series for the fans already attached,” explains Nat Abraham, president, distribution at Breakthrough Entertainment, which has come on board to take it international.

Abraham compares the concept and series feel to classic ABC sitcom Bewitched, which has been syndicated around the world since its launch in the 1960s.

“Only the [stars] and the audience know they have these powers and each episode shows what they can pull off. Heroines has got something very different to everything that’s on air today,” he says.

US on-demand service Hulu has acquired exclusive streaming rights to the seven-minute episode web series but Breakthrough is now planning to partner with broadcasters to create a longer form version. “We saw the potential in the writers doing something in long form,” says Abraham. “If it connects anything like it has done organically so far, then we may well be on target with this.”

The Broadcaster: Hulu (US)

The concept: Suburban housewives with superpowers in post-World War II America are pursued by a shady corporate group