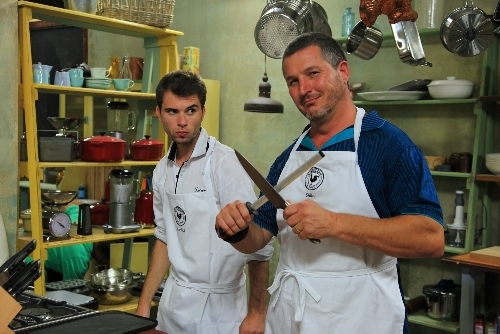 Netherlands-based Absolutely has inked a representation deal with MNet and will launch formats including The Golden Dish and Minibuzz.

The Golden Dish is a competitive cooking show in which teams of amateur and trained chefs compete in traditionally-themed challenges.

Minibuzz, which has a big following in Uganda and Tanzania where it is stripped, is a half-hour current affairs show filmed on a mininbus in which random passengers contribute to the debate. It was created by Made In Africa TV.

Absolutely’s other formats for MIPCOM include Who Am I?, a Dutch-originated a celebrity panel show in which the guests must guess the identity bestowed upon them and 6 Degrees Productions’ Get a Life!, in which troubled teens undergo extreme therapy miles away from their home environment.

There is also another Dutch format, Eye2Eye Media’s In Search of God. The show takes non-believing celebrities on a spiritual journey and sees them immerse themselves in monastic life.

Since last October, Absolutely has been 50%-owned by Imagine Nation is the company set up by ex-Sony and 2waytraffic boss Kees Abrahams and theatre impresario Robin de Levita.

Tags: Absolutely Independent, Get a Life!, In Search of God, Minibuzz, MIPCOM, MNet, The Golden Dish, Who Am I?