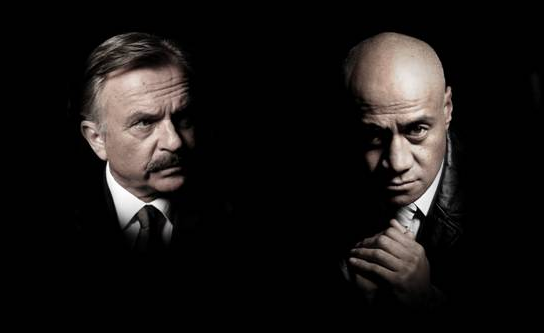 Previously, Desert Road had employed distributors such as All3Media International, Lionsgate and BBC Worldwide to sell its dramas, which have included This is Not My Life.

However, Desert Road is taking the 6x45mins Harry to Cannes itself. The show stars Samoan actor Oscar Knightley as as a widowed detective attempting to stop an influx of crystal meth and debuted on TV3 in New Zealand in June and July to widespread critical acclaim. Sam Neill (Peaky Blinders, Alcatraz) also stars as Knightley’s grizzled detective boss.

The show is based on an original idea from Desert Road CEO Steven O’Meagher. Kiwi drama is currently in vogue, largely thanks to the success of Jane Campion-produced BBC series Top of the Lake and growing international demand.

Earlier this year NBCUniversal-owned cable net Syfy acquired Kiwi series The Almighty Johnsons, marking the first time a show from the country has aired in the US. Desert Road is hoping for similar success with its new scripted show.

O’Meagher said: “Whereas Top of the Lake is set in the spectacular Southern Island mountainside, Harry is set in the urban world of New Zealand crime. Shot entirely on location in the port of Auckland, which is also the world’s biggest Polynesian city, this is an environment international audiences haven’t seen before.”

He billed Harry’s plot as a “universal story of one man’s descent into a self-inflicted personal hell”.